Home News Zimbabwe cricketers give back

Zimbabwe cricketers give back 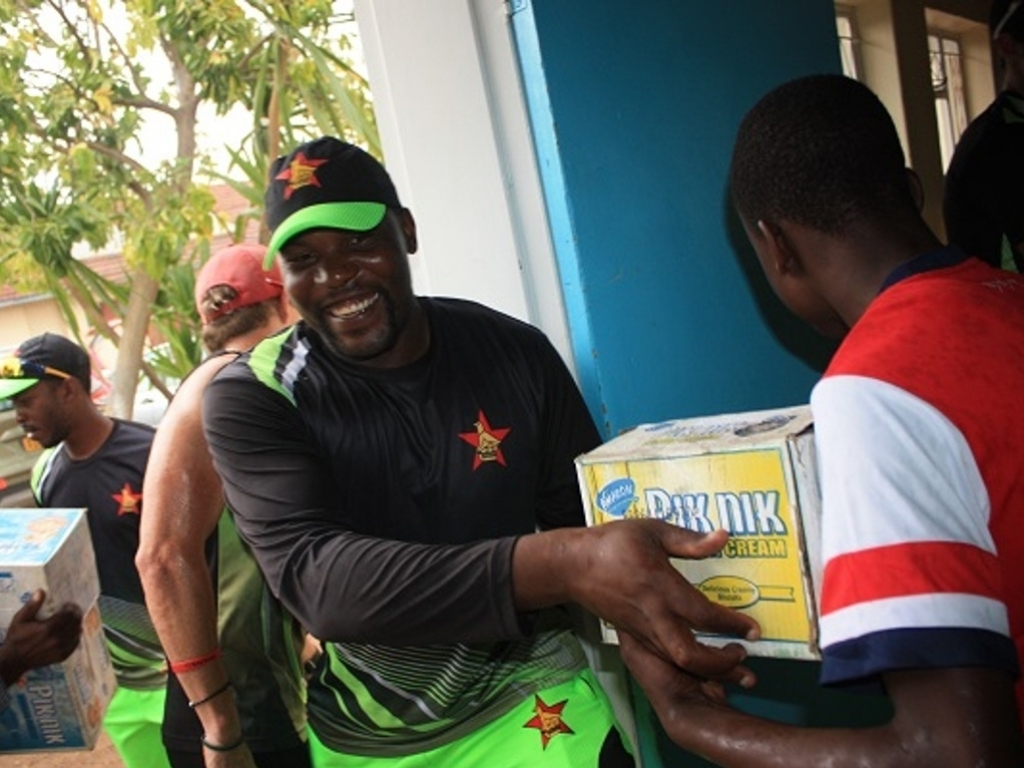 The players and support staff handed over mealie-meal, cereals, biscuits, rice, tea leaves, tissue paper and toys to the Methodist Church-run home, which looks after 100 children.

Thanking the squad for the donation, home superintendent Lloyd Kupeta said they cater for children from as young as just months to 18 years, who will have come to the home through the Department of Social Services after being dumped, orphaned, displaced or removed from sexual abuse.

He said the presence of players such as captain Graeme Cremer, Hamilton Masakadza, Craig Ervine, Peter Joseph Moor, Malcolm Waller, Sean Williams and Donald Tiripano that the children are used to seeing on television will inspire them to take cricket seriously as many of them already have an interest in the game.

Tinotenda Mawoyo, who with Cremer, Tinashe Panyangara and fitness trainer Sean Bell are members of the national team events committee that organised the donation, said they will come back later to play a mini-game with the children.

He invited the children to come to Harare Sports Club on Sunday to watch the first day of Zimbabwe’s second and final Test match against Sri Lanka.

Mawoyo also said the staff at the home should not hesitate to reach out to the players in future should there be any way in which the players can assist.