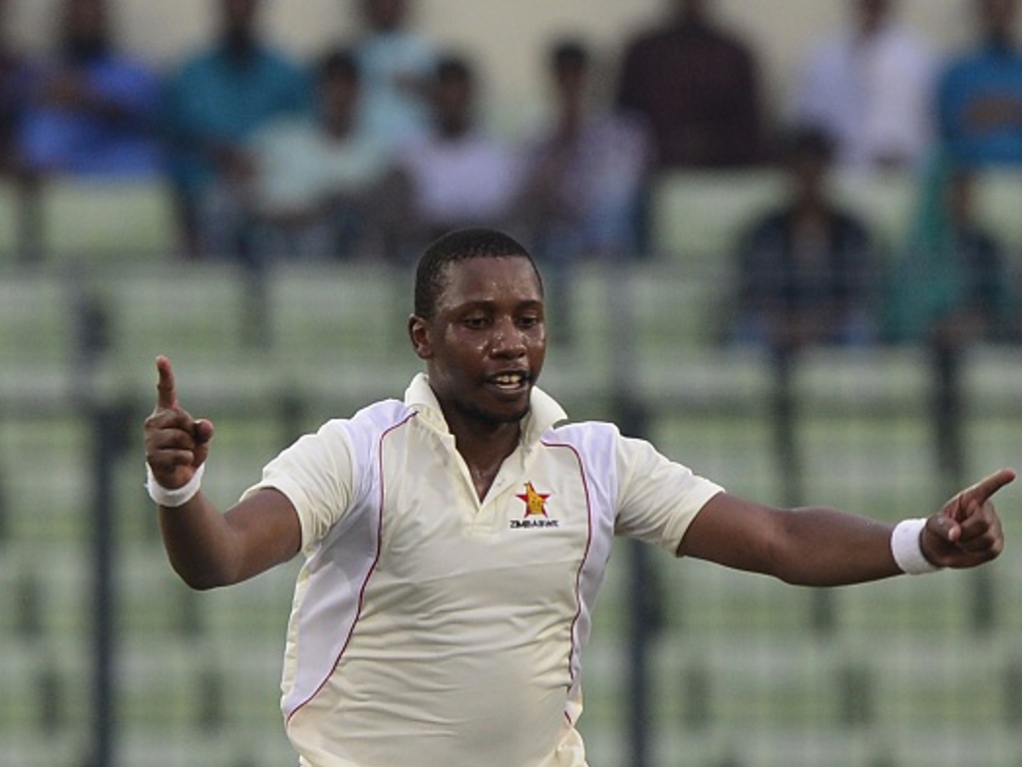 Zimbabwe fast bowler, Tinashe Panyangara, has failed to recover from the back injury that ruled him out of the ODI series against India, in time to face New Zealand this July.

Panyangara sustained the injury during a training camp prior to the visit of India, and is expected to return to bowling in August.

Zimbabwe will more than likely look to the players who featured in the recent A series, against South Africa's second string to replace the injured Panyangara.

Shingi Masakadza and Brian Vitori are seen as the most likely candidates to fill in for Panyangara.

Masakadza returned the best figures of any Zimbabwean bowler in the series when he took 3 for 83 in the first innings of the series opener, he would also offer greater depth to the batting lineup being a useful lower order batsman with a first class hundred to his name.

Vitori is returning from a spell on the sidelines after he was suspended from bowling in February when his action was deemed to be illegal, the left armer made his return in the second A series match but proved to be expensive and finished the match wicketless as Zimbabwe A fell to an innings defeat.

While Vitori appears to be desperately short on match practice he could provide Zimbabwe with some much needed variation.

24-year-old Victor Nyauchi could also be in line for a call-up after he put in a solid performance in the first A series game, selecting him would be a gamble though as he has only played 12 first class games, taking 31 wickets at an average of 30.06.

Zimbabwe may also need to address their lack of top class spinners with Graeme Cremer likely to be the only frontline tweaker in the squad although 31-year-old John Nyumba could provide an alternative.

Brian Chari and Prince Masvaure have staked their claims to be included in the Test squad after impressing against South Africa A. Chari smashed 98 in the Harare match. Masvaure recorded an unbeaten 88 in the second innings in the capital, before recording the only Zimbabwean century of the series when he hit a patient 146, in Bulawayo.

Zimbabwe last played a Test in 2014 when they toured Bangladesh, and haven't hosted a Test match since August 2014, when they took on neighbours South Africa in a one off Test.

Former Proteas, Makhaya Ntini and Lance Klusener retain their positions on the coaching staff on an interim basis with Zimbabwe Cricket yet to make a decision on the permanent future of the head coach position, which Ntini currently fills.

Zimbabwe meet New Zealand in two Tests the first of which gets underway in Bulawayo on July 28.