Home News Zimbabwe Select stroll to another win over Kenya

Zimbabwe Select stroll to another win over Kenya 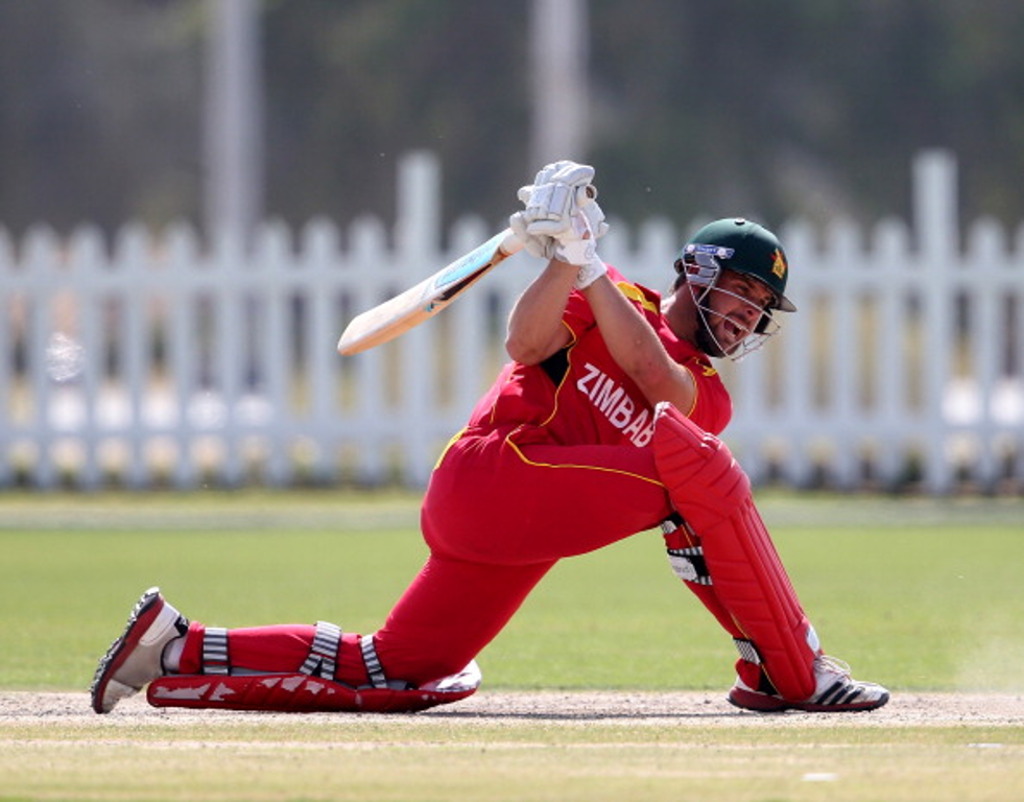 The Zimbabwe Select side enjoyed another easy victory, their fourth in a row, by seven wickets over Kenya at Old Hararians on Friday afternoon.

This means they have already qualified for the triangular tournament final set for Harare Sports Club next Tuesday and the other two teams will have to fight it out between them for second place.

As in the morning match, the Select won the toss and put their opponents in to bat.

Kenya failed to get off to their usual good start, as Alex Obanda (0) slashed a low catch into the covers off Tendai Chisoro in the opening over, where it was well held by Malcolm Waller.

After only five runs had come in the first three overs, the other opener Diren Gondaria began to open up, scoring 14 off four balls from Wellington Masakadza.

Rakep Patel backed this up by hitting three sixes off successive balls he faced, and Kenya appeared to be up and running when Patel was caught in the deep off Donald Tiripano for 20 off 13 balls.

Gondaria scored 43 off 32 balls in fine style before he edged a catch to the keeper off Chisoro; the score was 74 for three in the 11th over.

In the following over, Ernest Masuku knocked Collins Obuya’s off stump out of the ground for a score of 11.

This was quickly followed by the run-out of Rushab Patel for five, followed by Nehemiah Odhiambo for three; four wickets down in 12 balls.

The later batsmen never looked like making runs and the innings faded out for 104 in the final over.

Ryan Burl took three easy wickets with the compliance of the tail, while Chisoro took two wickets in his two overs for two runs.

The Select began their innings with aggression.

Chapungu, who took a back seat to Chari during the morning, may well have said to his partner “this time it’s my turn”, as he hammered a four and a six, onto the pavilion roof, off Shem Ngoche’s opening over.

However, he was given out caught down the leg side off Emmanuel Ringera for 16, with the total on 19.

This time Chari scored only two, as he miscued a leg hit and skyed a catch off Ringera; 24 for two after three overs.

These early wickets brought the life back into a Kenyan side that had looked quite disheartened.

With no great pressure of time, though, Tarisai Musakanda and Burl, batting responsibility, settled in and then began to attack.

After a while Musakanda began to open up and played some dazzling strokes, but, as so often, he played one too many and was caught on the boundary for 40 off the bowling of Pushpak Kerai; 80 for three in the tenth over.

Waller now joined Burl and the two took their team to victory with no further problems, this time winning the match with six overs in hand.

Burl finished unbeaten with 28 and Waller with 11; Ringera was the most successful bowler with two wickets for 26.