Zimbabwe squad jets out for their first tour since lockdown 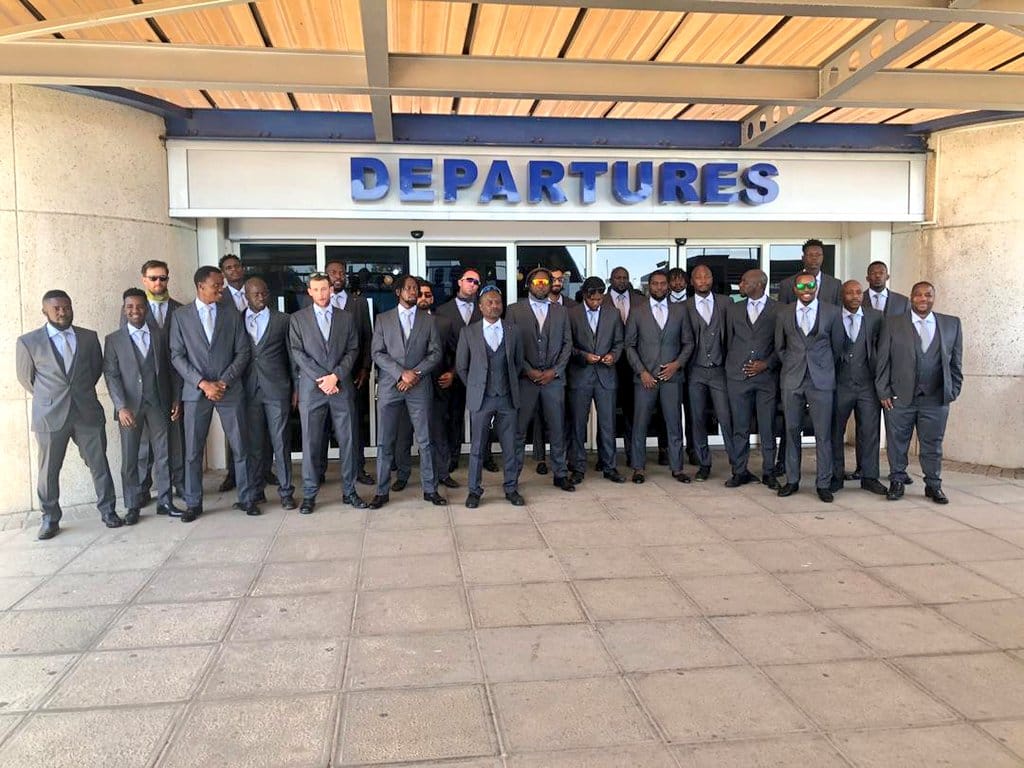 The Zimbabwe squad and support staff have departed from RG Mugabe International Airport as they embark on a short tour of Pakistan.

Zimbabwe will take on Pakistan in their first participation in the ICC Cricket World Cup Super League, playing three ODIs in Rawalpindi before repairing to Lahore for three T20Is.

Like Pakistan, Zimbabwe are in the midst of holding a national domestic competition. The National Premier League is officially a club competition and does not carry List A status but acted as preparation for their return to international cricket.

Pakistan have named their 22-man training squad for the six Limited Overs Internationals with Babar Azam to captain the home side.

Muzarabani had signed a Kolpak deal in 2018 with Northamptonshire but negotiated a return to the international fold after he was released from his contract.

The ODIs against Pakistan will be Chamu Chibhabha’s first international assignment as full-time captain.

Sean Williams led the Chevrons during Zimbabwe’s last international assignment – a tour of Bangladesh earlier this year. Chibhabha made his captaincy debut on that tour, taking over the duties with Williams sitting out, but has now been given the job full-time.

Experienced seamer Kyle Jarvis was ruled out of the tour with a stress fracture in a blow to Zimbabwe’s hopes although Muzarabani’s return could mitigate the impact of his absence.

Zimbabwe are scheduled to play three ODIs and as many T20Is on the tour, beginning Friday 30 October. The ODI series will be a part of the ICC Cricket World Cup Super League.