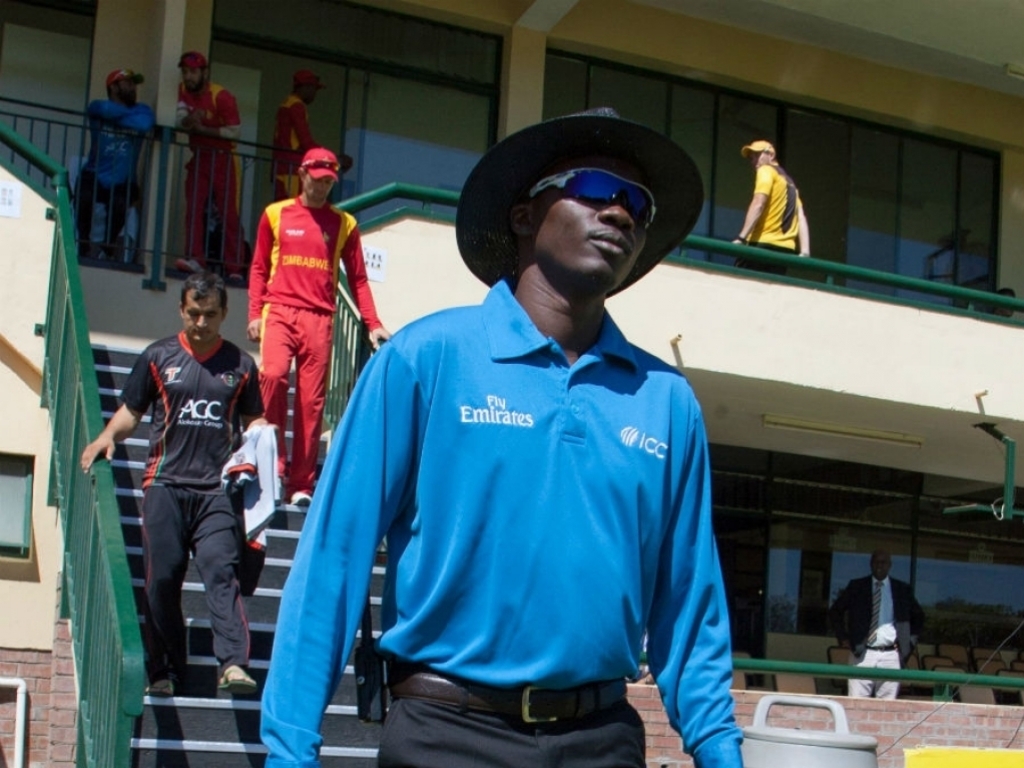 One of Zimbabwe’s top umpires, Langton Rusere, will officiate at the ICC Women’s World Cup 2017 to be staged in the UK from 24 June to 23 July.

The International Cricket Council (ICC) has named the 31-year-old Zimbabwean among the nine men’s umpires from the Emirates International Panel of ICC Umpires who will handle matches at the prestigious women’s tournament.

This will be Rusere’s second global tournament after he also officiated at the ICC Under-19 Cricket World Cup 2016 in Bangladesh.

He has not looked back since he officiated his first Twenty20 international match at Harare Sports Club on 19 July 2015 when Zimbabwe hosted India.

Three months later, Rusere made his ODI debut on 24 October 2015 when he stood in the match between Zimbabwe and Afghanistan at Queens Sports Club in Bulawayo.