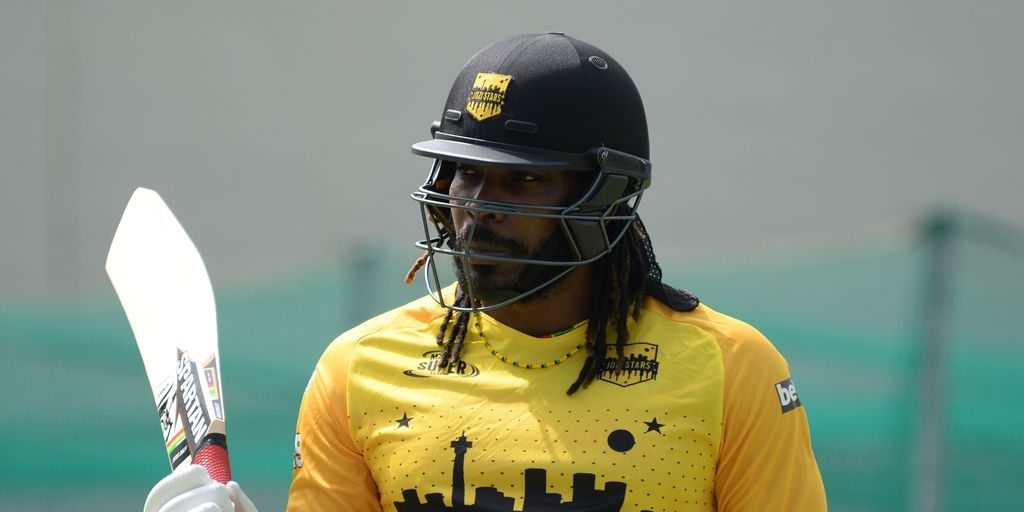 ‘Universe boss’ Chris Gayle bid an explosive goodbye to the Jozi Stars after a disastrous MSL campaign, in which they failed to win a single game.

The 40-year old West Indies opener leaves South Africa with 101 runs from six innings; 54 of them came on Sunday.

“As soon as I don’t perform for two or three games, then Chris Gayle is the burden for the team,” he said at the press conference after the Stars collapsed from a winning position against Tshwane Spartans.

“I am not talking for this team only. This is something I have analysed over the years playing franchise cricket. Chris Gayle is always a burden if I don’t score runs, two, three, four times.

“It seems like that one particular individual is the burden for the team. And then you will hear bickering. I am not going to get respect. People don’t remember what you have done for them. I don’t get respect.

“And I am not talking about this franchise. I am talking generally. Even from players as well, I am talking. Players, management, head of management, board members. Chris Gayle never get no respect.

The team has lost all six of their matches in this year’s MSL season, with Gayle scoring just 47 runs in his first five innings before scoring 54 off 28 balls in his final appearance, which was also his 400th T20 match.

“It was bad, bad to watch,” Gayle said. “Everyone will be hurt from such a thing. I am hurt from a personal point of view. I really wanted to win. I thought this was the one but it wasn’t meant to be again.”

“This is not a champion team. This is not how defending champions should play to defend the title. Most of the times it’s been a lot of uncertainty from guys and I don’t know if it’s an off the field problem, I don’t know what’s happening.

“I think individuals, the franchise itself, needs to look at themselves and dig deep with what is happening. Something is wrong. I don’t know what it is but we need to find out what’s wrong.”

Asked if he would come back to the MSL, Gayle joked “never say never,” and although he plans to take the rest of 2019 off, he indicated that his playing days are not done just yet.

“It’s important to take a break from the game as well. For me, I have played so many games that I know what I need to do to prepare for a tournament.