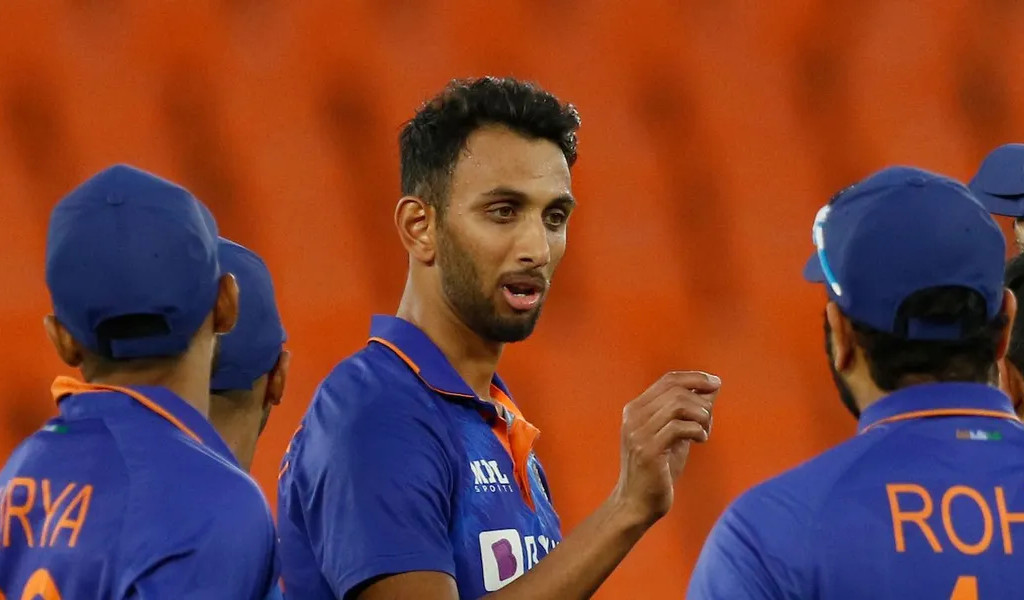 The paceman says that his performance was the product of months of hard work.

Prasidh had shown glimpses of promise on the international scene, but this performance is something of a breakthrough.

“I have been striving to do this for quite some time now,” said Prasidh as he received the Player of the Match award.

“So I am happy it came off and we won the match.

“Nothing special, I was just looking to hit the good areas.

“Even when I went to bat it was still seaming so I knew there was something in it for me when we bowled.

“I wanted to keep it tight, keep it simple, and let the ball do the talking. Be as consistent as possible, bowl straighter lines, bowl good lengths.”

India had scratched their way to 237 for 9 in their 50 overs before their quick bowlers cut down the West Indies.

Fast bowler Shardul Thakur said there were plenty of nerves despite the victory being achieved with some overs to spare.

Yes there was some tension in the end because you know in day-night games with the dew coming in, anything can happen if one of the batsmen gets some shots in,” said Thakur.

“All the fast bowlers were bowling well, and there was something in the wicket, so the idea was to get wickets whenever we bowled. Even when we batted, they used the short ball very well. There was pace in the pitch so we had to bowl the short ball.”

“With the ball we were outstanding,” Rohit said.

“The entire unit came together and performed together as a unit.”

The skipper was impressed with Prasidh, whom he felt bowled one of the best spells he has seen in India.

“I was a little surprised to not see the dew but again I am not taking anything away from the bowling unit,” Rohit added.

“I have not seen that kind of spell in a long long time in India. He bowled with skill, he bowled with pace. All in all a great bowling effort.”