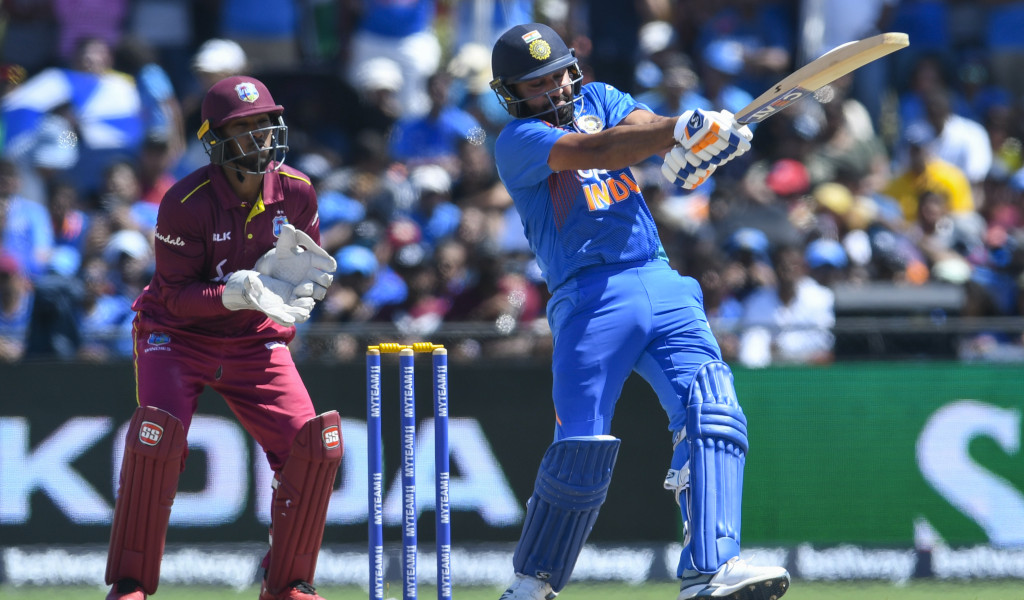 India skipper Rohit Sharma doesn’t believe a team can play the perfect game of cricket but said that his side’s ODI victory over the West Indies ticked all the boxes.

Rohit struck a quick 60 to lay the platform for a successful chase after the India spinners tore through the West Indies.

India lost four wickets in pursuit of the West Indies total of 176 and Rohit believes there are areas where they can improve.

The hosts were not as clinical in the field as they would have liked to be, dropping catches and giving cheap runs away with misfields.

When asked if India played the perfect game, Rohit responded: In patches.

“I don’t believe in a perfect game. We want to keep getting better as a team and all in all it was a great effort from everyone.

“We spoke of what we wanted to achieve and we ticked all the boxes.”

India might have hoped to knock the West Indies over for less but a brave eighth wicket stand between Jason Holder and Fabian Allen frustrated Rohit’s side.

“They [Holder-Allen] created that partnership and we wanted to get them out. I’m open to a lot of things if we need to change. The end goal is we should be able to achieve what the team wants – whether we want to bat or bowl differently.”

Rohit opined that India already have a potent unit and need only tweak some small things to hit on a winning formula. He added that individuals need to take responsibility for their progress as players.

“Honestly, I don’t think we need to change a whole lot.

“All I will ask of the players it to challenge yourself and be innovative. I’ve been off for a while and didn’t play for two months.

“I was back home, though, and hitting balls. It’s about finding rhythm as a batter and I was confident going into this game.”

Rohit said that he didn’t feel that the toss was decisive despite getting the best use of a tricky surface.

“The pitch had something in it.

“There was softness early on and in this particular game the toss became important.

“But, if you keep ticking all the boxes, you can restrict any team and the same goes with the batting.

“Toss – I honestly want to take it away from the play, but if you win the toss, you take advantage of it.”