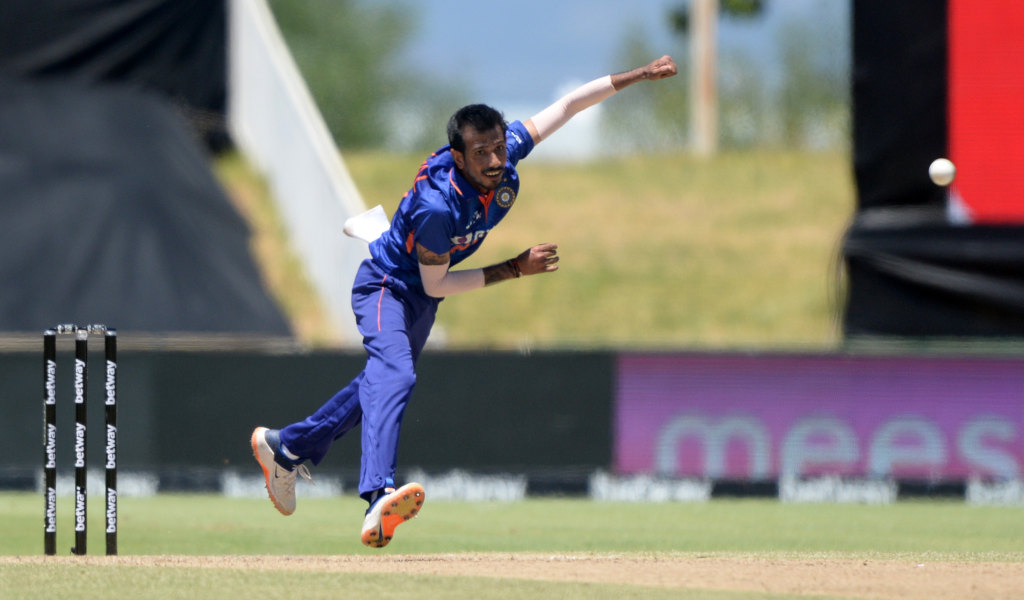 Yuzvendra Chahal took 4 for 49 as India cantered to a six-wicket victory over West Indies at the Motera Stadium on Sunday.

Chahal was handed the man of the match award but was quick to credit Washington Sundar for getting the ball rolling.

Not only did Sundar take two wickets early on, but he also gave Chahal valuable pitch intel.

“Washy created the pressure with his two wickets,” Chahal said at the post-match presentation.

“When I saw his spell, I knew that the ball is turning on this pitch so I can flight the ball a bit.”

Chahal picked up that the ball was spinning even when bowled quicker and made life difficult for the West Indies, who were bowled out for just 176.

“On these kinds of pitches, even if you flight the ball, it’s not that easy to hit down the ground.

“I spoke to Rohit bhai, Virat bhaiyya, and realised that pace is important on this wicket.

“My usual slower pace won’t work, because the quicker balls were spinning.

“I changed my line also, made it more middle and off.

“I bowl according to the pitch.

“I knew that here, the batters will find it easy to hit if I slowed it up.

“So I continued bowling quicker.

“You can bowl the odd slower one for variation.”

Chahal says that he spent a lot of time reviewing his performance in the lost series in South Africa, desperate to get back to his best.

“When I came back from South Africa, I watched each of my games three or four times to see where I was missing.

“I spoke to Rohit bhaiyya also after coming back and with Paras Mhambrey sir, our bowling coach. I worked on where I felt I was missing there.”

India were left a little thin on the ground when it comes to batting with allrounder Deepak Hooda pushed up into the top six.

Suryakumar said that he didn’t need to hold Hooda’s hand through their partnership.

“I think things were really clear,” he said.

“I didn’t tell him [Hooda] anything.

“He has played domestic cricket for last seven years.

“It was important for him to stay till the end, and his confidence was spot on.

“I really liked it. Pollard told me a few things. ‘Midwicket was open, why are you not flicking like you do in IPL’ but it was different here.

“I feel the track was almost the same as it was in the afternoon. But due to dew, it became slightly easier in the chase.”