IPL-bound Ngidi relishing playing in front of even small crowds 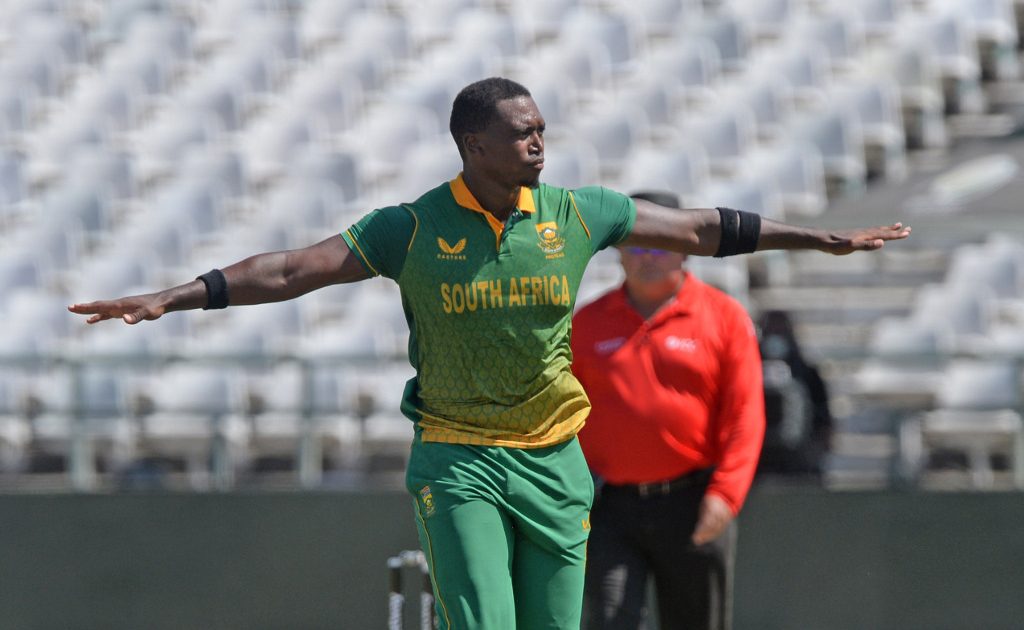 South Africa fast bowler Lungi Ngidi is hopeful even a small crowd will prove inspirational for the Proteas during the three-match ODI series against Bangladesh.

Bangladesh will take on the hosts in the first ODI on Friday at SuperSport, although only a small crowd will be allowed to attend.

This after South Africa’s government extended the national state of disaster, which means only 2000 people are allowed into the facility in Centurion, as well as the Wanderers in Johannesburg.

SuperSport Park will host the first and third matches, while the ‘Pink ODI’ will take place on Johannesburg on Sunday.

In addition, players, media, and security all count toward the 2000 tally, while Cricket South Africa’s various commercial partners will also be provided with seats.

For Ngidi, who played in front of a small crowd of vaccinated supporters during the CSA One-Day Cup matches last weekend, any kind of home support is better than playing in front of an empty stadium.

“It was great having some supporters there Friday,” he told the media on Tuesday.

“It makes a massive difference, for certain players it really gets them going, brings out their ‘A games.’ I enjoy performing for people. To put on a performance for them, it makes me happy, your energy levels never drop.”

Whilst the Proteas began light preparation ahead of the first ODI on Tuesday, Ngidi was relishing a return to action after missing the Test series in New Zealand with a back injury.

He seems to have recovered from that knock and took 5/33 against the Rocks in one of the Titans’ matches.

“It was very good to play for Titans and to put in performances for them, it makes me happy and also to have (bowling) loads under the belt,” he added.

The Proteas Test side will have something of a new look to it after several regulars, including Ngidi, will play in the IPL.

But their ODI side will be at full strength for the Tigers series, as South Africa are yet to automatically qualify for the 2023 World Cup.

Currently in 10th place on the Super League log, they need to move into the top seven to be guaranteed a spot in the event.

“We understand where we stand now as an ODI team,” added Ngidi

“We’re probably more focused and prepared for this tour. Bangladesh have beaten us, I’ve got a point to prove, they got the better of us at the World Cup (in 2019).

“We’re looking to be just as clinical as we would be against any other team.”

The Proteas’ previous home ODI series was against India, which they won 3-0.