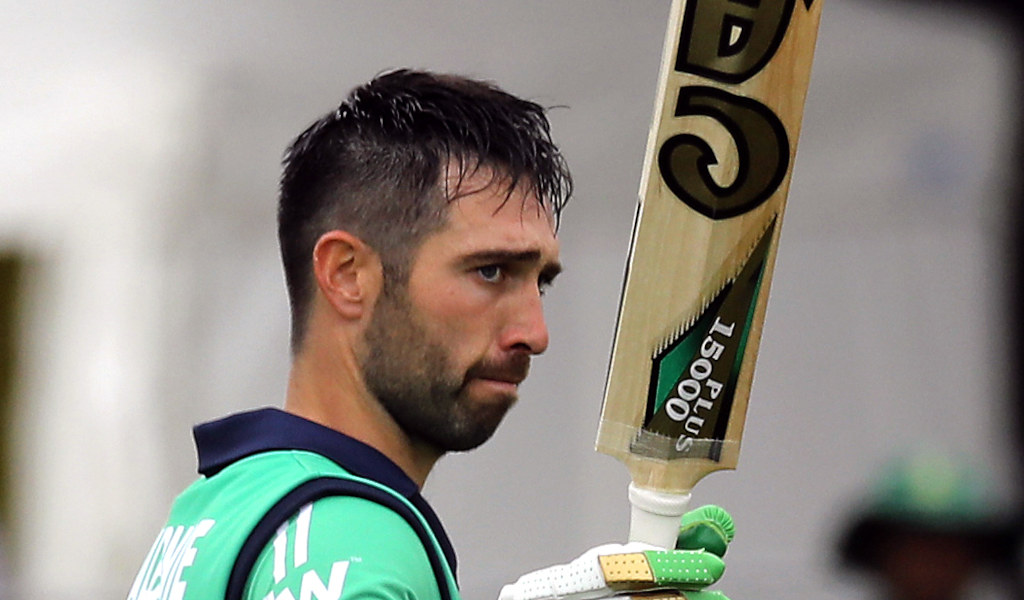 With Paul Stirling, Simi Singh, Ben White and Shane Getkate out for the tourists, Balbirnie won the toss and sent the West Indies in to bat.

Seemingly cruising at 165/1, Ireland lost 74/8 in a second innings stumble, and eventually fell 24 runs short in a disappointing chase.

Reflecting on the match, Balbirnie expressed his frustration at Ireland’s failure to capitalise on their chances to take hold of the ODI.

“We had a really good middle period (with the ball) and dragged ourselves back into the game, but obviously they got away from us with that big partnership,” Balbirnie said.

“It was a topsy-turvy innings, but at the halfway stage we were happy enough with 270 to chase.

“In the chase, when myself and Harry got out it turned the tide of the match. That was disappointing for both me and Harry – we talk about guys winning matches for Ireland and it was one of those opportunities for one of us to do that.”

Backing up captain Kieron Pollard’s fifty and Shamarh Brooks’ Player of the Match performance on debut, Alzarri Joseph and Romario Shepherd claimed three wickets each, stifling the tourists in response.

Shai Hope and Nicholas Pooran stabilised for the hosts, though the tourists held their opponents at bay in the early stages, pushing on to take the wickets of the pair before an acceleration could be made.

Andy McBrine removed Pooran for 13, and Campher forced a false shot from Hope, edging to Lorcan Tucker for 29.

McBrine removed Roston Chase for 1 in the next over, and at 62/4, the hosts found themselves in a hole. Kieron Pollard joined Brooks at the crease, and stabilised with a partnership of 155.

Pollard capitalised on the opposition not asserting dominance on the game, making 69 from 66 balls, hitting four fours and four sixes. Pollard pressed on early in the partnership, and it allowed Brooks to build into his knock of 93.

Hitting nine fours and three sixes himself, Brooks brought up the half-century after 61 balls, lifting in the second half of his knock, compiling the next 43 off just 28 balls.

The West Indies tail wagged through Odean Smith (18 off 8 balls), as the hosts posted 269 despite the shaky start.

As the momentum swung in the home side’s favour both throughout the first innings and when William Porterfield fell for one early in the chase, skipper Balbirnie led from the front to bring his team back in the game.

Ireland lost McBrine when he was forced to retire hurt on 34, the skipper then teamed up with Harry Tector, and both raised their bats for half-centuries.

The pair put on 103, though a lapse in concentration cost Balbirnie his wicket, edging Shepherd to Shai Hope to depart for 71. Tector (53) and Curtis Campher (6) soon followed, and things then went from bad to worse as the tourists saw the required rate balloon to over eight-an-over.

The pressure proved too much, as the Irish lost 74/8 and slumped to a 24-run loss.