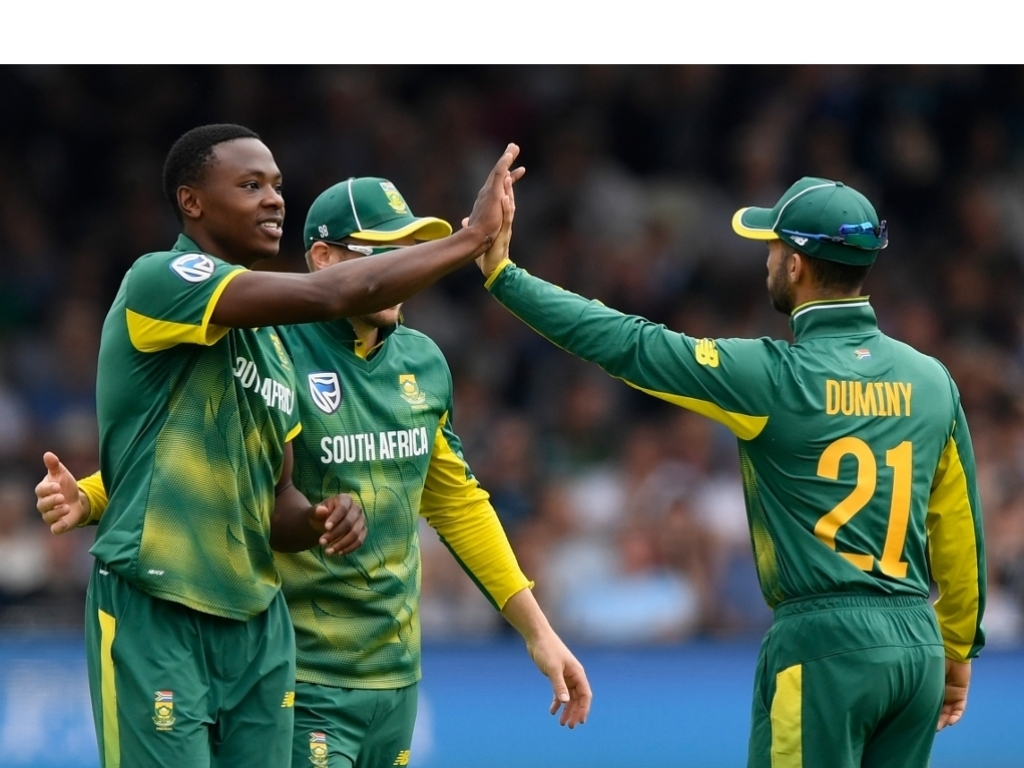 Kagiso Rabada (4-39) wrecked the English top order as he and Wayne Parnell (3-43) reduced the hosts to a laughable 20 for six in the first five overs of the third and final ODI, at Lord’s.

A gutsy fightback from Johnny Bairstow (51) helped England to 153 all out but it was nowhere near enough to turn the “dead rubber” into an intriguing contest and the visitors were able to gain a consolation seven-wicket win after heart-breaking efforts in Headingley and Southampton.

It was the first time in the history of ODI cricket that a side has lost six wickets in the first five overs. It is easy to criticize England’s aggressive approach in conditions that were overcast and humid and on a surface that offered a bit of “nibble” to the pacemen upfront, but that is the style of cricket played by Captain Eoin Morgan’s men and their formidable record makes it hard not to forgive them this poor showing.

The loss was England’s first in their last nine outings and they may have taken the contest a little lightly as they rested several key players ahead of the ICC Champions trophy, for which they are tournament favourites.

Moeen Ali, Ben Stokes and Chris Woakes sat out with minor injuries, while Mark Wood and Liam Plunkett were rested. Johnny Bairstow, Steven Finn and David Willey were all given a run and a debut cap was awarded to Middlesex bowling all-rounder Toby Roland-Jones, who impressed with bat and ball (37*, 1-34) but isn’t even in the Champions Trophy squad.

The Lord’s cricket ground was pretty well a full house but one couldn’t help but think what a great occasion it would have been if the Proteas hadn’t fallen at the final hurdle of that big attempted chase on Saturday. AB de Villiers won the toss and elected to bowl first for the third consecutive time this series.

It’s a proud day for @ABdeVilliers17 today. #Watch him speak about what it means to lead his side in his 100th game as captain. #ProteaFire pic.twitter.com/O21UNVkURY

Man-of-the-match Rabada made great use of the slope and bowled probing lines and lengths at impressive speeds If South Africa are to do well on this tour then it would be surprising if the 22-year old didn’t have a lot to do with it for there is no doubt that he is a class act, especially with the new ball in conditions that offer bowlers any assistance.

England’s shot selection was rash, especially considering they lost wickets so early upfront. Instead of consolidating, they continued to attempt big drives to balls that could have been left alone outside the off stump. But with the series already sewn up, they can be forgiven for batting as if they had little to lose.

Joe Root (2) was guilty of playing across the line to a straight and full ball from Parnell that should have probably been played defensively but the limited overs game has changed and top batsmen routinely whack such deliveries for four these days.

One batsman who cannot be judged to have played an irresponsible shot was Eoin Morgan, who received an absolute jaffa from Parnell – he had to play at it as it was on course for his off stump and he was good enough to get an edge to the ‘keeper.

A fine bit of rear-guard action from Bairstow (51) threatened to give England something to bowl at and Roland-Jones played some fine strokes in a debut showing that will stand him in good stead with England’s selectors in the future.

England were bowled out for 153 in the 32nd over and South Africa were 59 without loss at the actual lunch break at 2.30pm. Hashim Amla (55) and Quinton de Kock (34) went on to put on 95 for the first wicket. The match was then all but over when South Africa lost three wickets for 11 runs. JP Duminy (28 not out) looked solid as he staked a claim for his place in the middle order. The winning runs were duly knocked up with 21 overs to spare.

South Africa will certainly take plenty of confidence from this win after such a disappointing start to their 11-week stay in the country, while England will likely look to try and ignore the run. However, any loss can spell a break in momentum and their injury worries are a real concern. England plays Bangladesh in the tournament opener on Thursday at the Oval.