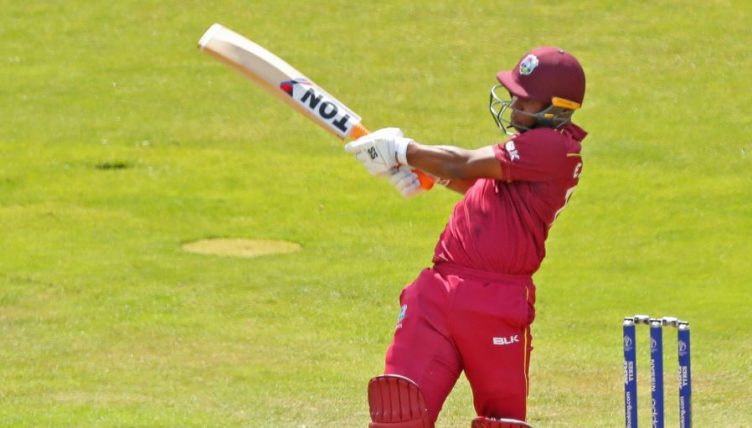 Chasing a DLS-adjusted target of 197, Lewis hit 102 off 97 balls to steer his side to a five-wicket win with 64 balls to spare and secure a first home series triumph since 2014 when they beat Bangladesh.

Lewis missed out on a century in the opening game when he ended unbeaten on 99 but he reached three figures in the third and final match, one ball before holing out attempting a match-winning six.

He struck six fours and five sixes for West Indies, who had beaten Ireland by five wickets in the first match of the series in Barbados and then edged a thrilling second game by one wicket at the same venue.

Earlier, captain Andy Balbirnie led from the front with 71 as Ireland posted 203 after West Indies opted to make use of a damp start at the National Stadium, where play was twice interrupted by rain during Ireland’s innings.

READ: Buttler pledges to save aggression: ‘Wash my mouth out with soap!’

Balbirnie held the innings together with his ninth ODI half-century but Ireland struggled to build partnerships and his dismissal in the 38th over left the tail vulnerable.

Hayden Walsh was the man to remove Balbirnie and the leg-spinner finished with career-best figures of four for 36 to cap an impressive West Indies bowling display.