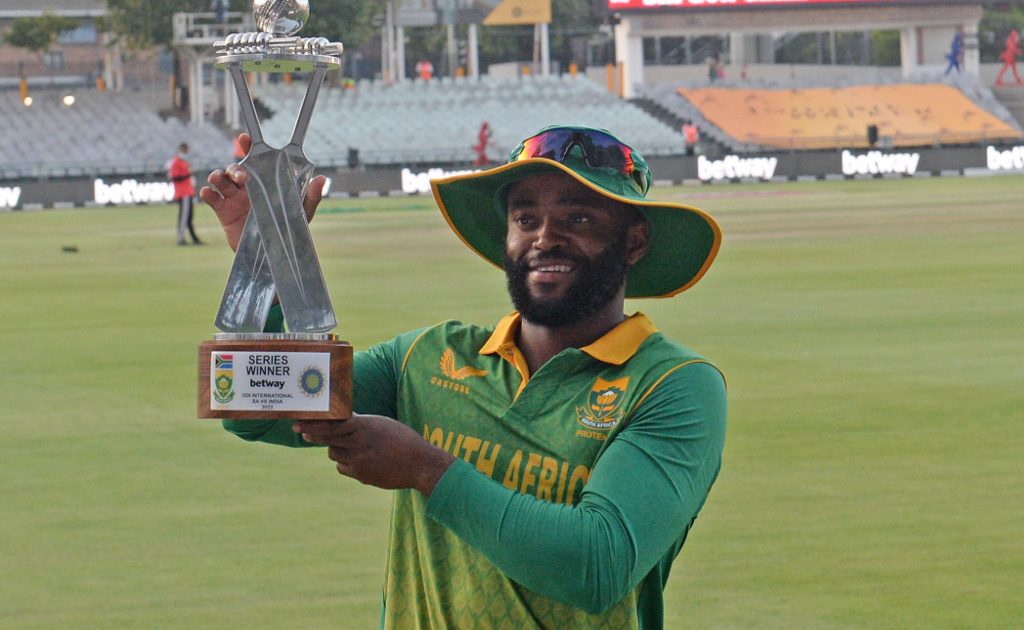 South Africa limited-overs captain Temba Bavuma is eager to focus on his side’s performances on the field, rather than problems behind the scenes.

Bavuma led his side with aplomb and contributed with the bat as the Proteas claimed a 3-0 series whitewash over India last week.

The batsman, who is the vice-captain of the Test side, also impressed as the Proteas surprised many by coming from behind to win the Test series against the same opponents 2-1.

However, South African cricket has often been in the news for the wrong reasons of late.

Among others, Cricket South Africa has faced numerous boardroom issues in the recent past, and there is also a racism row involving coach Mark Boucher and Convenor of Selectors Graeme Smith.

That being said, Bavuma would rather focus on his leadership on the field and his performances with the bat than any problems outside of his control.

“I don’t think it’s easy [captaining the team]. There are a lot of dynamics that you need to manage. For me, the biggest thing is trying to keep cricket the main focus amongst the guys,” Bavuma said.

“I hate to bring this up but it’s been a challenging period for the team, for the players, for particular members of management.

“There’s been a lot of scrutiny surrounding the team and surrounding the organisation, so to manage the conversations happening around the changeroom and to ensure our energy is 100% geared towards performing out there, for me, has been the biggest challenge.

“It has been a big responsibility but has also been a privilege. But it’s not easy.”

Bavuma was not a regular in the Proteas’ 50-over side until recently and when he was announced as the new captain last year, some critics questioned the decision.

However, he has taken to a leadership role in the side immediately, and many fans and critics alike were impressed with the proactive manner in which he led the side in last week’s three ODIs.

Record speaks for itself

“You will always be judged on your record and to convincingly beat an Indian side speaks a lot to my captaincy,” Bavuma continued.

“This was a big challenge, a big obstacle in our journey. To come out the way we did – winning Tests, winning ODIs convincingly will do a world of good.

“What pleased me most – if you look at the Test series, feel like it’s the hardest series I’ve been part of.

“Even in the field the intensity. Physically we’ve been challenged – it’s been very hot the last couple of weeks. These conditions weren’t exactly South African like – more like the subcontinent.

“It’s always nice to contribute to the team. I’m enjoying my batting at the moment. It means a lot as a player.

“Knowing I contributed to the winning cause makes it better.”

Next up for the Proteas is a tour of New Zealand, where they will place two Test matches against the world champions.

Scheduled to take place in empty stadia, the first Test takes place in Christchurch from February 17-21 with the second in Wellington, from February 25 to March 1.