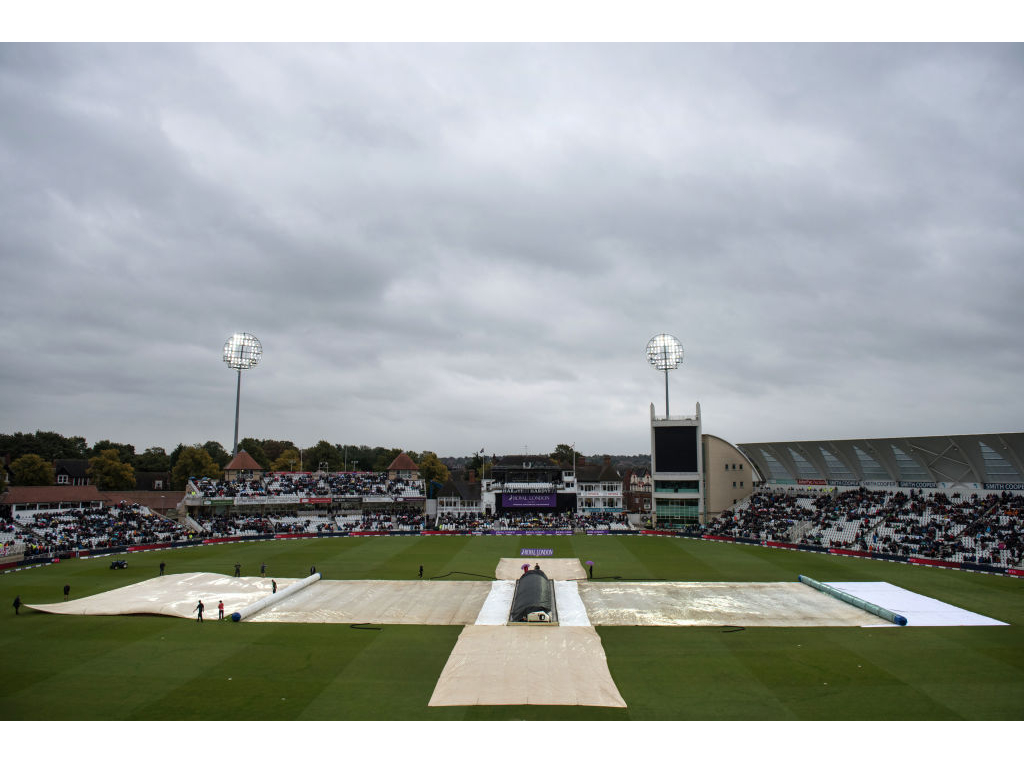 Only 14 balls were bowled in the second ODI between England and the West Indies before heavy rain brought an end to proceedings in Nottingham.

The threat of bad weather had been hanging over the came and would come to fruition while the contest was in its infancy.

West Indies won the toss and elected to field first with skipper Jason Holder sending down a loose opening over which started with two wides.

While the rain did eventually move off heavy puddles of standing water on the outfield meant even a shortened game was out of the question.

England lead the five match series 1-0 after claiming a win in a rain-hit first ODI.