Home ODI cricket Scotland down Zimbabwe at the Grange

Scotland down Zimbabwe at the Grange 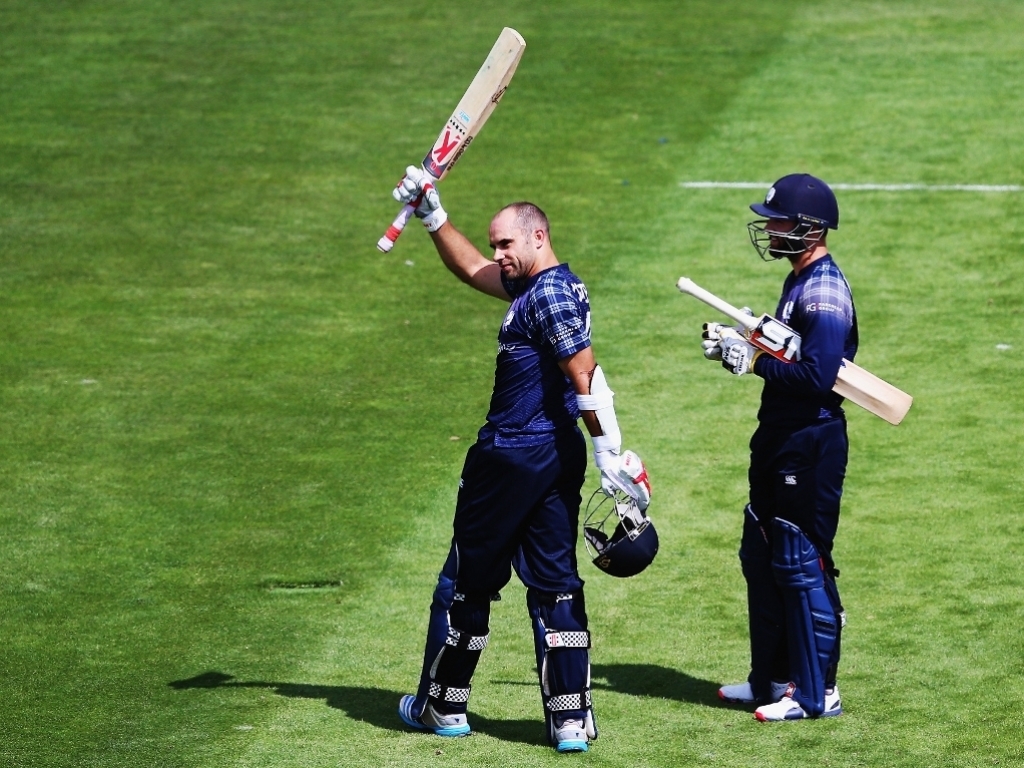 Malcom Waller smashed an aggressive half-century, but his valiant effort unfortunately failed to save Zimbabwe from falling to a 26-run defeat to Scotland in the first one-day international played at The Grange in Edinburgh on Thursday.

The hosts, who won the toss and opted to bat, amassed a huge total of 317 for six wickets in 50 overs.

Captain Kyle Coetzer led the onslaught with 109, his second century this week after his exploits against Namibia, while Michael Leask and Craig Wallace scored fifties.

Zimbabwe’s chase was interrupted by rain in the 22nd over, but by then they had already lost Hamilton Masakadza (38), Craig Ervine (0), Solomon Mire (40) and Sikandar Raza (4) for 107 runs – and they still required 211 runs with six wickets remaining.

Seven overs had been lost when play eventually resumed, and the new target was now 299 from 43 overs.

Sean Williams and Waller could have sensationally snatched victory from the jaws of defeat for Zimbabwe as they clobbered superb half-centuries, but the Associate side had given themselves enough room with their big total.

Williams scored 70 runs, including nine fours and one six, off 59 balls.

Waller was controversially caught on the boundary as he tried to cart the ball over the rope for the sixth time, but his 92 – a knock that came off 62 deliveries and also included 10 fours – had ensured a tense end to the match.

Con de Lange bagged a five-wicket haul as Scotland recorded their first ever ODI win over a Full Member.

Scotland and Zimbabwe will meet in the second and final ODI at the same venue on Saturday.