South Africa vs India: Quinton de Kock will be welcomed ‘with open arms’ 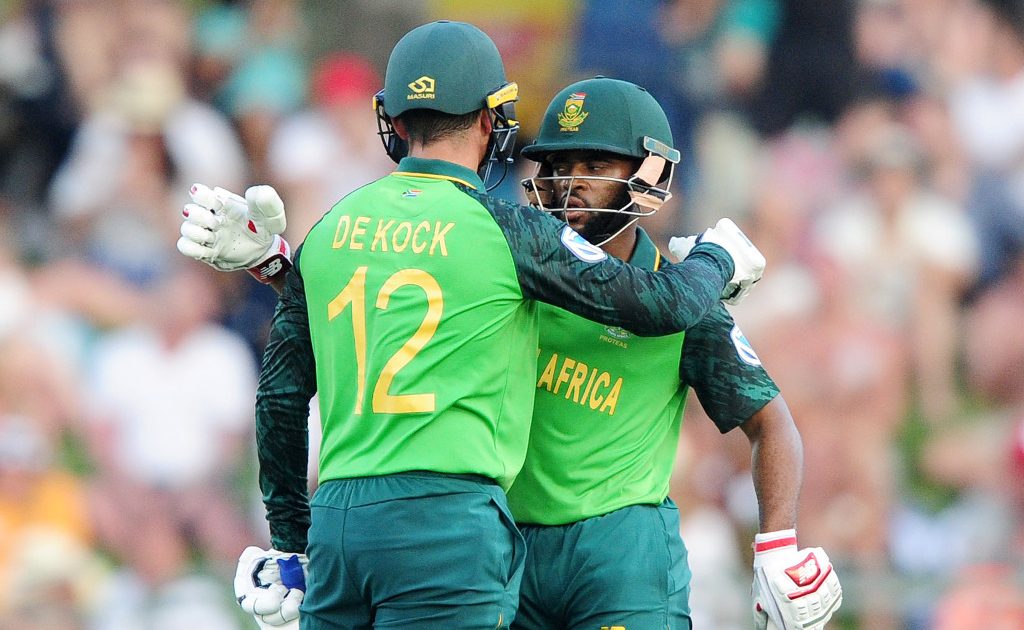 Quinton de Kock will be welcomed with open arms in the South Africa squad to face India in a limited-overs series.

Furthermore, the wicketkeeper will have a point to prove during the series, according to Proteas captain Temba Bavuma.

De Kock announced his retirement from Test cricket after the first Test between the countries in December, and has been on paternity leave since then following the birth of his daughter.

However, he remains available for selection in 20 and 50-over cricket, and is set to open the batting against India in the first ODI in Paarl.

“It’s good to see Quinny again. We obviously miss him in the Test team, but he has made his decision and that’s a decision we respect,” Bavuma told the media on Tuesday.

“Having Quinny again with the team has been good; and knowing Quinny, he will have a point to prove.”

“I don’t want to put words in his mouth but he will have a point to prove, and I am sure he is as excited as we are to see him in the team.”

De Kock is expected to open the batting with Janneman Malan, with Bavuma to come it at the fall of the first wicket, after he impressed in the Test series coming in lower down the order.

“The Test series went quite well for the team but for me personally, my feet seemed to move well and I was hitting the ball quite well. I’d like to carry on with that feeling,” Bavuma added.

“People have asked me if there’s anything I’ve changed or done differently and to be honest no, I’ve been doing things the same. Maybe it’s just a period of good form.”

With De Kock, Malan and Bavuma virtually guaranteed to start, the hosts face a conundrum over the inclusion of Aiden Markram, Rassie van der Dussen and David Miller.

Considering how the Proteas lower order is expected to line up, there might only be place for two more batsmen.

“Quinton and Janneman have done fairly well so I don’t see that changing,” the nuggety Bavuma continued.

“I come back into the picture at No.3. Then, it’s probably more the middle order, whether we want to go with an extra batter or an allrounder at 6.

“That’s the real conversation that needs to happen.

“As a captain, you always like to have as many resources as you can from a bowling front.

“You accept that one bowler isn’t going to hit his straps on the day, so to be able to have an adequate replacement for him is a luxury.

“It’s something we still need to settle on but I would like to have as many options as I can.”