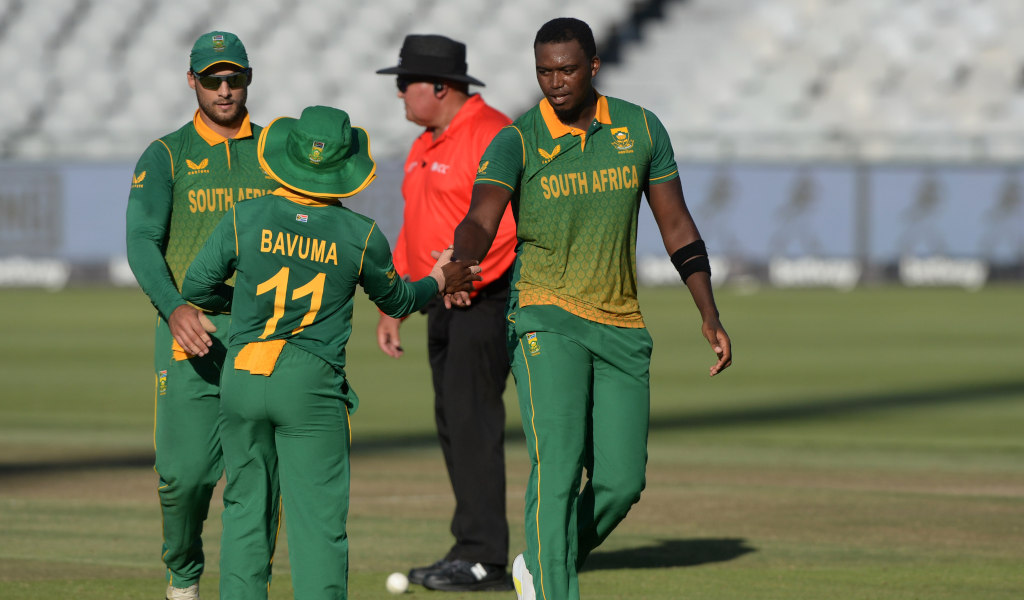 South Africa skipper Temba Bavuma was a relieved man after his team pulled back India to win their final ODI and take the series 3-0.

Bavuma admits that when the wicket of Suryakumar Yadav fell, they eased off believing the match won.

Allrounder Deepak Chahar would give them a real scare with a brutal 54 off 34 balls.

Chahar got India to the point where they needed 10 runs from 18 balls with three wickets in hand, but his wicket claimed by Lungi Ngidi in the 48th over, left too much for the tailenders to get done.

Bavuma said that the finish was crazy but commended his team’s efforts in claiming a hard-fought series contested in the midst of a fierce heatwave in South Africa’s Western Cape.

Speaking at the post-match presentation Bavuma said: “Things were a bit crazy at the end.

“The complacency got to us when we thought we had the game in the bag, but we managed to bring things back.

“A little bit crazy. Very satisfying, it’s mission accomplished for us as a team,” Bavuma assessed the end to the series.

“Not many people gave us much of a chance.

“I hope we’ve shown with our performances we’ve got some more supporters, even with you guys in the commentary box.

“Quinton’s been great, he’s shows what a valuable asset he is. Rassie has also been tremendous.

“The batters as a whole were quite good.

“The bowling as well, not individually today but yes as a group.

“This was a big challenge and obstacle in our journey, winning the two series will do good for our confidence.

“The Test series was the hardest series I was a part of, the Indian bowlers kept asking the hard questions, even the fielding intensity was high.

“In one-dayers too it wasn’t easy, very challenging.

“Even in these conditions, which were more subcontinent-like, it’s another feather in our cap.

“Very pleasing to contribute to the team, even better when the team wins. I’m enjoying my batting at the moment.”

South Africa’s next interantional action will come in New Zealand next month when they visit for two Tests.