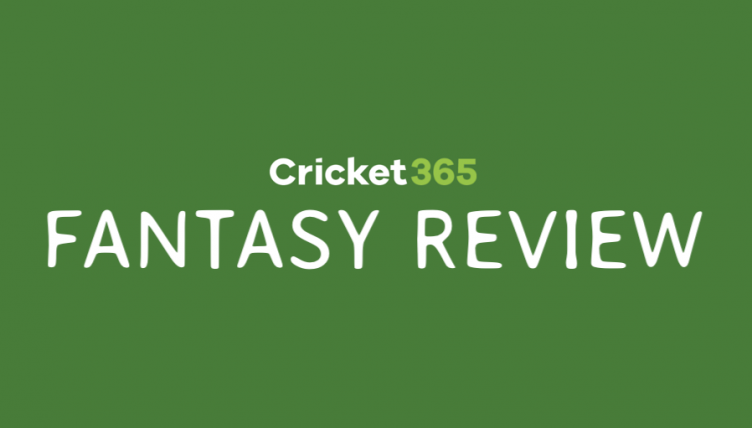 As mundane as that intro was, it can actually get pretty heated. Myself and my dad have had some absolute classics over the years which, despite well over 60 days of cricket being played, has somehow managed to go down to the final session in September.

Not all teams in both divisions have played two games, but Somerset have and sit atop the table after thumping wins over Kent and Notts. No team has won two from two in Division Two, and in fact only six points separate top spot – which Derbyshire currently occupy – from sixth.

Without further ado, let’s look at the best XI from rounds one and two. For this, we’ll be using a five batsmen, one keeper, one all-rounder and four bowler system. But do allow us a bit of artistic license as the weeks go on. We may even sneak in an extra all-rounder.

Oh, and of course you need to know how points are scored in the first place, so read up on that here.

Can someone hear knocking? Oh yeah, that’s Dawid braying on the England door again. A stellar week for the 31-year-old which included a score of 160* against Northants and a 51 against Lancashire. Add three wickets onto that too across the opening two games.

🥇 Final MVP of the day

Ironically, Madsen’s first time at the crease this season resulted in a two-ball duck, but he has certainly wrestled it back from there. His next two scores were 30 and 15 before he made a stunning 204* off 351 balls against Gloucestershire over the weekend. Fine work.

A lot of England’s hopes as a nation ahead of arguably the biggest summer of cricket in recent memory rest on the shoulders of Joe Root, and he has certainly begun in determined fashion. The Test captain made 73 and 130* at Trent Bridge against Notts, before adding 94 against Hampshire at the Rose Bowl – resulting in 297 runs from three innings.

Root has spent a lot of his time at the crease with Gary Ballance, and the Zimbabwe-born former England man scored 101* as part of an unbroken stand of 253 with Root to help save the game at Notts, before adding 148 at Hampshire in a stand of 172 with the same man. Quite the partnership, these two. He’s joined Dawid in banging very hard on that England door…

Yet another Gary Ballance century, is it?https://t.co/v3dTR1vDwg

Probably not a name you’d expect to be here, but Crawley has had a very solid start to the season indeed, with no score under 21 through his first four innings. He followed up getting 58 runs in the first match against Somerset with 153 runs in the second game, including 108 in the first innings at Edgbaston against Warwickshire.

Perhaps another unexpected name, but if you’re looking for a cheap keeper-batsman who will score plenty of points, Ricardo could be your man. The opener scored a combined 43 runs in a bore draw against Middlesex to start the season, but scored a stunning 184 as part of an opening partnership of 303 with Rob Newton as Northants decided to pile on 750 against Glamorgan. There were six hundreds in that game.

Ah, a more familiar name here. Essex haven’t started the season great as they look to re-capture the crown they lost to Surrey last season, but Simon Harmer has been his usual self. Two wickets and 62 runs in a heavy defeat to Hampshire (including a first-ball duck) were followed up by eight wickets and 17 runs in the second game against Surrey, during the second innings of which he took 5-88.

Without a shadow of a doubt the week’s star performer comes unsurprisingly from the only team with a 100% record from two games played. Lewis Gregory took 3-26 and 5-18 in the curtain raiser against Kent, and somehow followed that up with a 6-68 effort against Notts. Hang on though *checks notes*, he didn’t take a wicket in the second innings at Trent Bridge. FRAUD.

Leicestershire sit second in Division Two largely thanks to the exploits of Tom Taylor, who was released by Derbyshire this winter. He took ten wickets against Sussex in his first game for the Foxes, including 6-47 in his very first innings, and has actually scored 113 runs – the most of any player in the ‘bowler’ category. A double threat and another bargain pick-up if he continues that form.

Big Tim set the tone early on by taking 6-80 in Middlesex’s first innings of the season, and then took a five-for in their next game against Lancashire. Twelve wickets already is a good return for the Irishman, and with the Lord’s club tipped for success this season he could be a worthwhile addition.

We end the list with another consistent performer in recent years domestically. Robinson took 74 wickets last season in Division Two – the second most of any bowler – and the former Yorkshire player has started 2019 well. He took six wickets in Sussex’s first game (including 4-46 in the first innings) against Leicestershire and five in the second against Durham – which included another first innings four-for.