Nine of the most unbelievable catches in international cricket 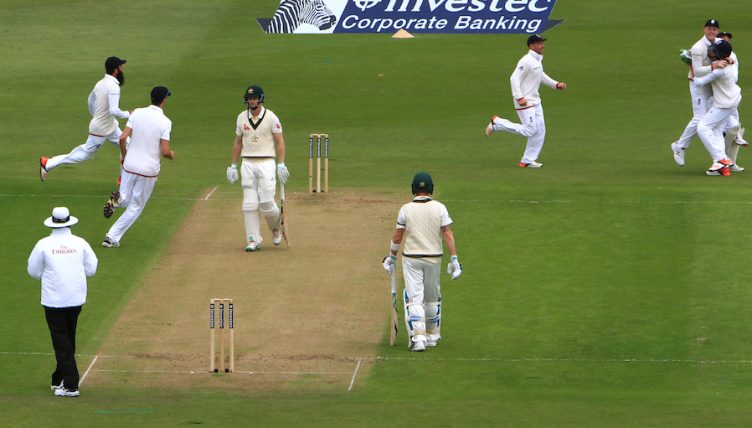 We saw our fair share of stunning catches during England’s win over the West Indies in the third T20 in St Kitts. Chris Jordan and Jonny Bairstow treated us to an absolute fielding masterclass as the visitors wrapped up a 3-0 series win to end their tour in the perfect fashion.

It got us looking at catch compilations, and we’ve put together our favourites so you don’t have to trawl the plethora of 240p videos on YouTube…

Mark Boucher goes for the sweep, the camera pans to the boundary ropes, and yet everyone is stunned to find out the ball has travelled about two yards straight into Dilshan’s grasp at short leg. It actually takes a few replays to realise exactly how he managed to get it under control.

Just a ridiculous effort from Ben Stokes here. Down low to his right, the ball is pretty much behind him but he somehow gets his paw to it and it sticks. Part of one of the most memorable mornings for England in recent times.

THE BIG MAN CAN MOVE. A top, top effort here from Dwayne Leverock for Bermuda against India at the 2007 Cricket World Cup. Just stunning.

Trent Boult is usually better known for causing top-order batsmen all kinds of trouble with his left arm swing, but here he had his left hand to thank for this absolutely stunning catch off Corey Anderson.

You have to skip to 3:33 on the video for this one, but trust us when we say it is worth it. Jonty Rhodes is regarded as one of if not the best ever fielders to play the game. This catch is no exception – absolutely superb acrobatic effort.

Mark Taylor has absolutely no right to catch this. Not only does it flick off the gloves on the way through, but for him to be essentially falling onto his back to then kick it up in the air to catch is wonderfully audacious.

Trent Boult makes the list yet again with the first catch featured on this compilation video. We simply had to include one of those where the fielder throws it back over the boundary rope because, you know, it’s quite hard to do that.

The thing that makes this catch so special is not necessarily the reach and grab, but the outstanding awareness and control of balance by Pollard to stay inside the boundary ropes.

The reaction to this one says it all really. It’s high, it’s fast and it’s pretty much almost behind Paul Collingwood when he plucks this one down. Arguably England’s greatest ever fielder with one of the greatest ever catches.