The seven fastest balls ever bowled in international cricket 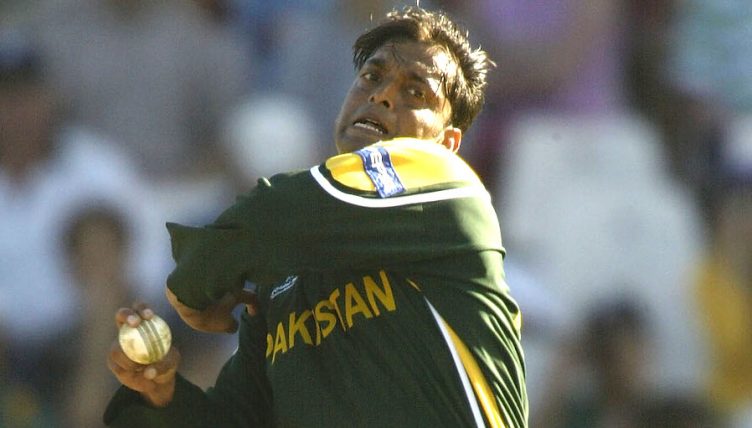 England fans were given somewhat of a treat on the Sunday of the third Test in what was an otherwise pretty disastrous series in the West Indies.

Mark Wood provided an outstanding spell of fast bowling, the likes of which has been missing for quite some time.

As Dave Tickner recalls: “It was the thrill of it. England fans have watched their team done in by searing pace so often and so rarely been able to enjoy it with roles reversed.

“Andrew Flintoff had been the last England bowler to reach 95mph, a number Wood hovered around throughout his thrilling, game-breaking pre-tea burst.”

Does Wood crack the top seven fastest balls of all time? (Spoiler alert, he definitely doesn’t)….

Mitchell Johnson bowled several memorable spells during the 2013/14 Ashes series, and he certainly had the English batsmen running scared. It was somewhat of a redemption narrative, though it never got any better after that.

Fidel Edwards loved dishing out his share of sweet chin music, and his notably slingy action actually made his bouncers quite difficult to pick up. The video above shows him at his effective best.

“One of my aims is to be the fastest and regarded as the best fast bowler in the world. That’s my goal,” Fidel once said.

Andy Roberts is of course probably most famous for being a member of the quartet of West Indian fast bowlers from the mid-Seventies to the early Eighties – along with Michael Holding, Joel Garner and Colin Croft – who terrorised opponents.

But as the great man said himself, just bowling lightning fast is not enough: “You can’t bowl 95 mp/h all the time and hope a batsman would surrender. They get used to it after a while. You need to vary the pace, the angle, the seam or swing. I could bowl everything: seam, swing, pace, slower one, bouncer, cutters, everything.”

He’s not even the first left-armer called Mitchell on this list! But he’s just as quick. If not quicker. Probably marginally less aggressive. A bit more consistent.

“I build myself up with confidence with aggression, and confidence to control the game. If you’re the bowler and you’ve got the ball in your hand you’re controlling the game, so you’ve got to make sure the batsmen knows who’s boss.”

You certainly did that, Brett.

Shaun Tait wasn’t frightened of hitting people in the head either. In fact, he actually once described himself as ‘up for it’.

“It’s part of the game. Ever since I was young, every couple of games I’ve hit someone and hurt them so it’s always been the way. I’ve got to worry about my own head. They’re not shy of hitting our blokes in the head. It will be a good contest. I’m up for that.”

“It doesn’t matter to me whether somebody recognises the speed gun or not. For me, it’s satisfying that I have bowled the fastest-ever delivery.”

Shoaib Akhtar, AKA the Rawalpindi Express. Undisputed king of speed. Back in 2002, the Pakistani paceman became the first bowler to break the 100mph barrier, and his record for the fastest ball bowled in international cricket has stood for almost 17 years.