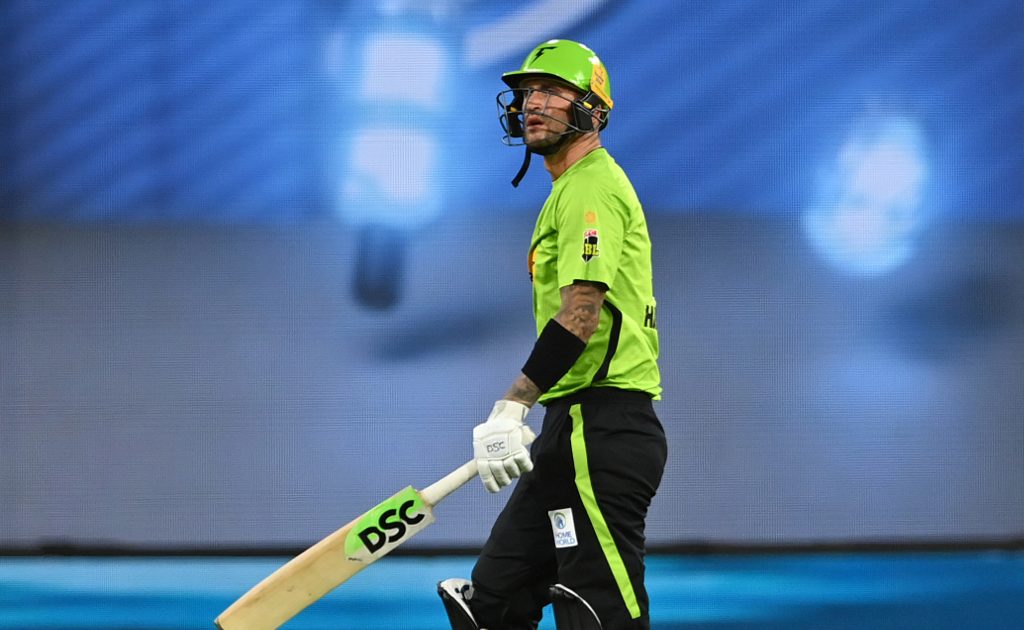 Alex Hales and Ben Duckett have both withdrawn from the ongoing Pakistan Super League season, due to different personal reasons.

On Monday, England and Quetta Gladiators batsman Ducket took to social media to confirm he’d like to spend more time with his family.

Meanwhile, ESPN reports Hales is experiencing negative effects from living in a bio-bubble away from home.

The pair are among the 20 English players present in the squads of one of the six PSL franchises.

Hales has not been in the England squad since 2019, when he fell out with one-day captain Eoin Morgan, after his drugs ban put England’s 2019 World Cup campaign on home soil at risk.

In the interim, Hales has continued to increase his reputation as a devastating op-order batsman in various T20 leagues, and have played in each of the five PSL seasons.

Hales had previously won the PSL with Karachi Kings, and averages 42.50 at a strike rate 156.44 this season.

He’s also featured in Australia’s BBL, and recently signed for Kolkata Knight Riders at the IPL auction for INR 1.5 crore.

Ducket was Brisbane Heat’s leading scorer in the previous BBL season but has not quite replicated those performances in Pakistan.

He’s not had a regular spot in the team, with Jason Roy and James Vince preferred ahead of him. And the four times he has featured, he scores of 11, 47, 2 and 0.

Since then, the significance of staying away from home for a long time and wants to spend more time with his loved ones before the upcoming English summer.

This winter has been my first proper experience of hotel bubbles. It felt right for me personally to spend some time at home and get myself ready for the summer. Good luck @TeamQuetta for the rest of the comp, I’ll be cheering on from home! 💜