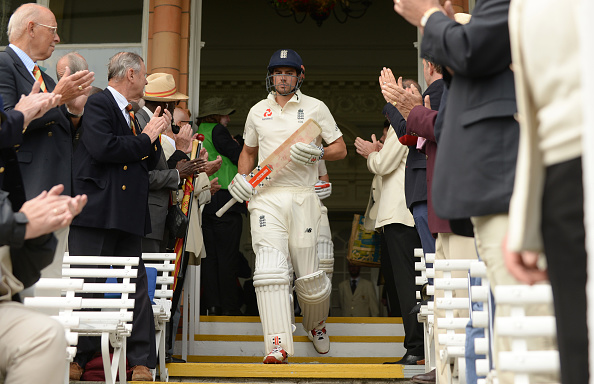 England opener Alastair Cook announced that he would give up Test cricket after the fifth Test against India at the Oval and naturally Twitter provided a diverse spectrum of reactions.

There was a lot of praise and support…

A true legend who set the benchmark on and off the pitch. It’s been an honour playing alongside you. Congratulations on a stellar @englandcricket career, Cookie 🐐 pic.twitter.com/CyQ83RpEoN

Congrats on an exceptional career #AlastairCook. @englandcricket will lose not only an outstanding player but an outstanding human being who gave everything for his team & team mates. Was an honour to share the field with you Chef! We will now all see the huge hole he leaves…

“He is a genuine legend of English cricket. He is a legend not only because of his performances, but, because of his attitude, his sacrifices, the way he has carried himself and the example he has set.” – Graham Gooch on Cook’s retirement. pic.twitter.com/Y8S423VfTG

In an international career of runs, records and ridiculous stats, which is your favourite Alastair Cook innings for @englandcricket? 🤔#ThankYouChef 👨‍🍳 pic.twitter.com/Jj6an2zFQv

David ‘Bumble’ Lloyd felt that there should be no place for sentiment in Test cricket and called on England not to pick Cook for the Oval Test.

A Cook has been a wonderful player for England .. a rock .. he says , “ the tank is empty” Can’t personally see why he plays at the Oval .. get the new chap in immediately

Defo don’t do send offs except at funerals .. he has effectively retired now https://t.co/xmSoazGGbW

While others hoped for a glorious swansong:

Heartbreaking that Alastair Cook is retiring.
What a magnificent, stubborn, brilliant player.
Go get yourself a hundred at the Oval.#CookRetires pic.twitter.com/BeWyoB3Zdi

Cook had a career worthy of a farewell message direct from the ICC CEO.

“A tremendous example to young kids of how to play the game – dedication, passion, never showing dissent.”

And we couldn’t leave without mentioning that one Test wicket.

Thanks for the memories Cooky.