Mathews set to play as batsman in India Tests 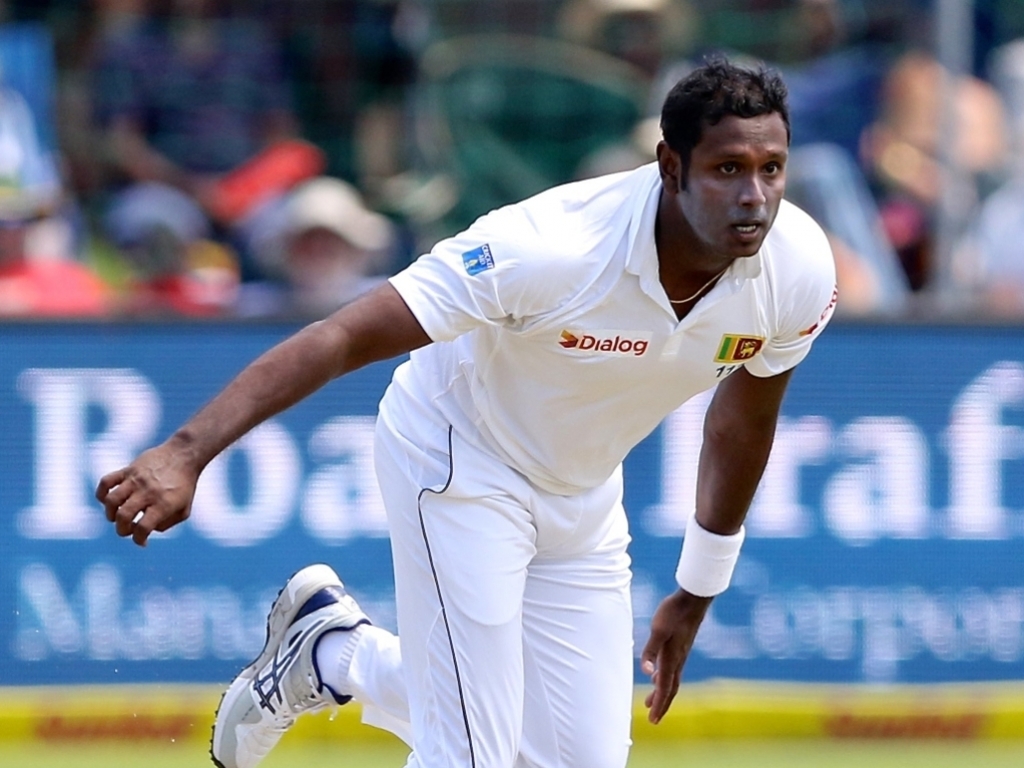 Sri Lanka’s bowling coach Rumesh Ratnayake says allrounder Angelo Mathews will not bowl in the upcoming Test series in India and will only play as a specialist batsman.

Mathews has returned to the Sri Lanka squad after missing the series in the UAE against Pakistan with a leg injury.

The 30-year-old only bowled five overs in his team’s only warm-up game against a Board President’s XI ahead of the first Test that starts in Kolkata on 16 November.

Ratnayake said: “Angelo comes in as a batsman. He has not bowled in a Test match for a while. I don’t think he will bowl here.

“We consider him more as a white-ball bowler and will look to bowl him in the ODIs only.”

Ratnayake is happy with Sri Lanka’s preparations for the three-match series even though they only one warm-up game and training back home was cut short because of heavy rains.

He continued: “We have done all that we could have done to prepare for this challenge. Now it’s all about executing our plans on the field.”