Jordan confident England can bounce back from Cape Town defeat 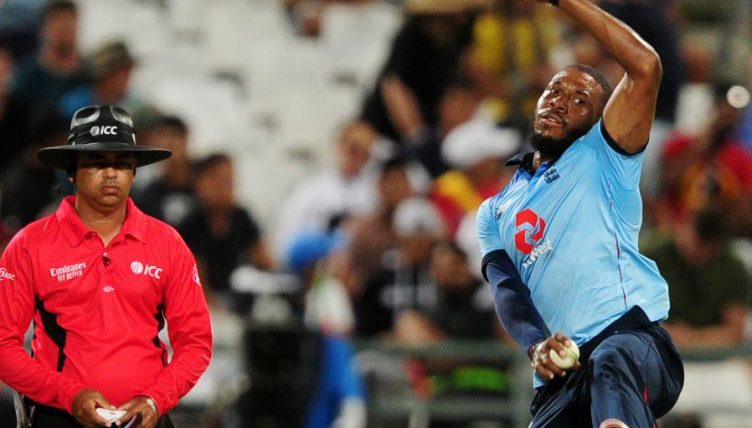 Chris Jordan retained a sense of perspective after England’s heavy one-day international defeat to South Africa in Cape Town, insisting the world champions have not become a bad side overnight.

Six months on from winning the World Cup and in their first ODI since the nail-biting final against New Zealand at Lord’s, England were blown away by seven wickets with 14 balls to spare at Newlands.

Having been restricted to 258 for eight in the series opener, England were powerless to stop a 173-run partnership between Quinton De Kock (107) and Temba Bavuma (98) which ultimately broke the back of a successful chase.

Jordan at least made sure Bavuma did not follow his captain to three figures, trapping the batsman in front when he was two short of a century to the disappointment of a largely-partisan home crowd.

“Normally when we’re at our best we’re on the front foot with bat, ball and in the field but we were slightly off the mark.”

Jordan made his ODI return after a three-and-a-half-year absence from the format, one of the beneficiaries of several World Cup winners being rested from this three-match series.

However, England still put out five of the side that overcame the Black Caps at Lord’s last July and Jordan believes those on tour here are more than capable of bouncing back when the series resumes at Durban on Friday.

The 31-year-old fast bowler added: “We’ve got another two games left in the series and we’ll do our best to bounce back in Durban on Friday.

“I think that’s our first 50-over since the World Cup. Two games ago this team was lifting the World Cup, so we’re more than confident we can bounce back.”