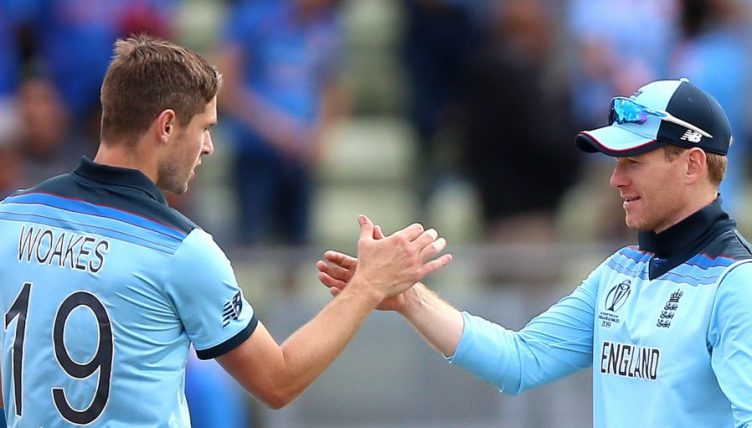 Chris Woakes is delighted that Eoin Morgan resisted the temptation to quit as England’s one-day captain after last summer’s World Cup and is back to lead the side in South Africa.

Having led the hosts to glory in the dramatic Lord’s final last July, there was speculation that the Dubliner could retire from 50-over cricket on a high and focus exclusively on landing the Twenty20 trophy in Australia later this year.

After taking some time to ponder his future, the 33-year-old recommitted to both roles and will skipper England in their first series as world champions next month.

Woakes, one of Morgan’s most trusted lieutenants in recent years, said: “There was a bit of talk about whether Eoin might go out on a high, knock it on the head there and then, but I think he’s so much more to give.

“He’s not old by any means and is probably playing the best cricket of his career. It’s great that he’s sticking around. It’s good for the T20 team as well with the World Cup coming up that he’s going to be involved there.

“He’s one of the best and calmest captains I’ve ever played under, so I’m glad he’s carrying on.”

Woakes is almost three years younger than Morgan but the rigours of life as a pace bowler, and specifically a long-term knee condition, mean his own shelf-life has also come under discussion.

For now he is happy to continue playing his role as the senior seamer but has not yet pondered the likelihood of seeing out another four-year cycle.

“The first ODI is in Cape Town, which is a pretty special venue and, if I get a go, it will be my 100th game, so that would be special too,” he said.

“It’s also first one-dayer since the World Cup final, so I’m really looking forward to getting that group back together and seeing what we can do. Whenever that team gets together we are excited about playing cricket together.

“But it’s hard to look four years down the line at potentially another World Cup, or even another Ashes down under. I can’t look that far ahead, I never have.

“They are a long way away, I have to make sure that every time I get the opportunity to play for England I put my hand up and do my job, hopefully take wickets for the team and score some runs as well. Hopefully I’ll still be involved.”