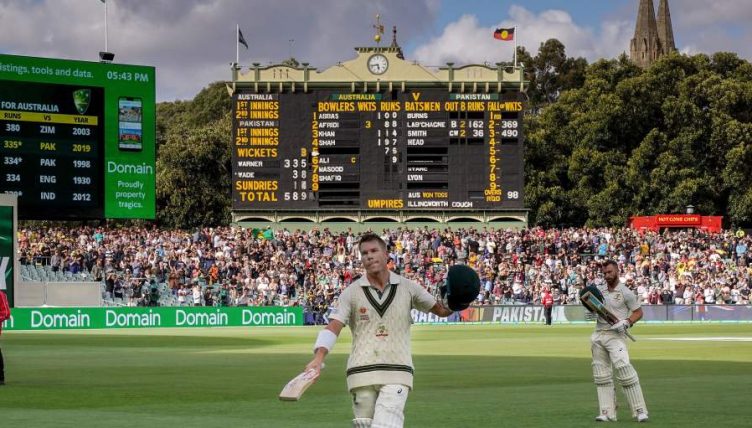 Warner snared the Allan Border Medal by a single vote over Steve Smith, making it the closest tussle since Ricky Ponting and Michael Clarke shared the award in 2009.

Warner made his comeback from the ball tampering saga at the World Cup, scoring 647 runs at an average of 71.8 as Australia los to England in the semi-final.

He then endured a torrid time in the Ashes series that followed, and was Stuart Broad’s rabbit as he scored just 95 runs in the five-Test series.

But the opener dominated the home summer for Australia, scoring an incredible 335 not out in the day-night Test against Pakistan in Adelaide before scoring 297 runs in another fine series against New Zealand.

Players, umpires and media awarded votes for the Allan Border Medal on a 3-2-1 basis.

As per Cricket Australia regulations, Test matches received a ‘weighting factor’ of six, while ODIs (3) and T20 internationals (2) are not as significan.

Marnus Labuschagne was the story of the year in the test arena for Australia, with Steve Smith’s concussion replacement going from super-sub to Test Player of the Year.

Australia’s No.3 – who finished three votes above Smith – scored 1340 runs across 11 Test matches, averaging 74.44 with a highest score of 215 coming against New Zealand in January.

White ball skipper Aaron Finch won the ODI Player of the Year ahead of Usman Khawaja, after scoring 1141 runs at an average of 51.86, including two centuries and three fifties in the World Cup.