Chandimal ‘over the moon’ with Test series win 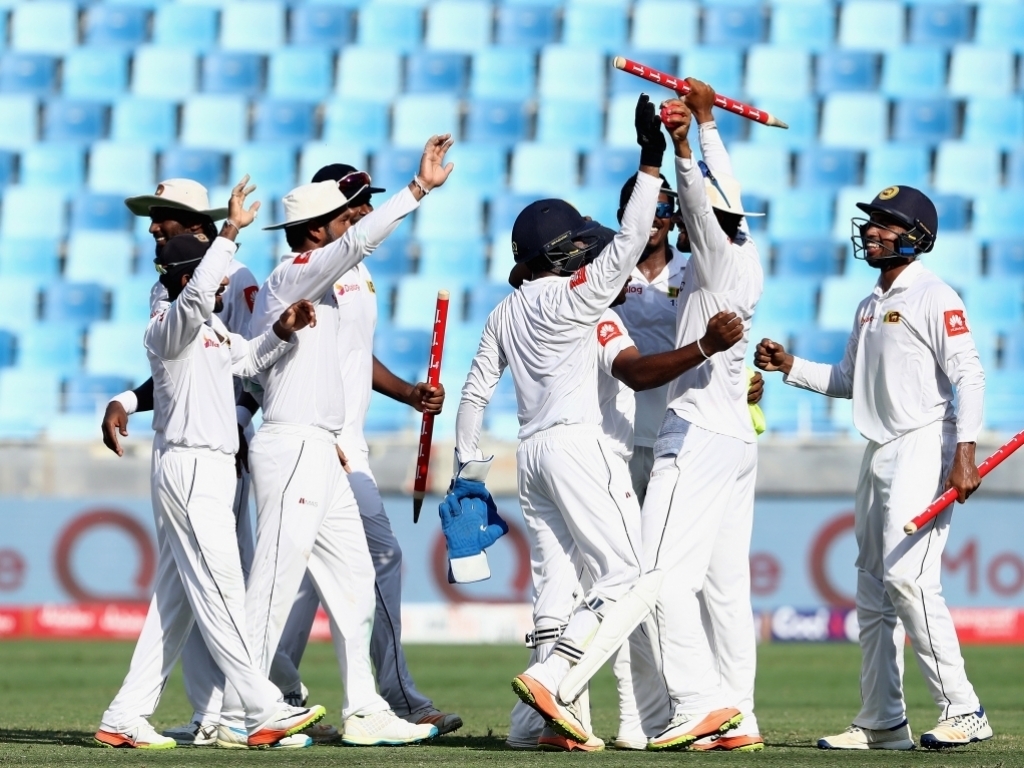 Sri Lanka captain Dinesh Chandimal said he and his team were “over the moon” after securing a Test series victory against Pakistan after winning the second and final game in Dubai on Tuesday.

Pakistan resumed the final day still needing another 119 runs to win with five wickets in hand but collapsed to 248 all out with Sri Lanka spinner Dilruwan claiming 5-98 to set up the win.

Left-arm spinner Rangana Herath also chipped in with two wickets and Chandimal said he knew his slow bowlers would come to the party on the fifth day.

Sri Lanka, who won the first Test in Abu Dhabi by 21 runs, also became the first team to beat Pakistan in a Test series in their adopted home of the UAE.

Chandimal also paid tribute to the selectors for sticking to most of the players even they suffered a whitewash at home against India in their last series.

Speaking after the game, the Sri Lanka skipper said: “We are over the moon. This is a team performance. They put their heart and soul in the practice sessions.

“Thanks to the selectors again for giving us confidence. It was a tough series against India but we learnt a lot from it. The boys executed the game plan really well in this series. If you look at the guys, they’re really committed.

“Their attitude and discipline is there and that brings the spirit too. We knew when we come today, it will grip more. We knew Dilruwan and Rangana would do the job.”

The teams will now face in five ODIs with the first game in Dubai on Friday.