No excuses from Morgan after heavy Cape Town defeat 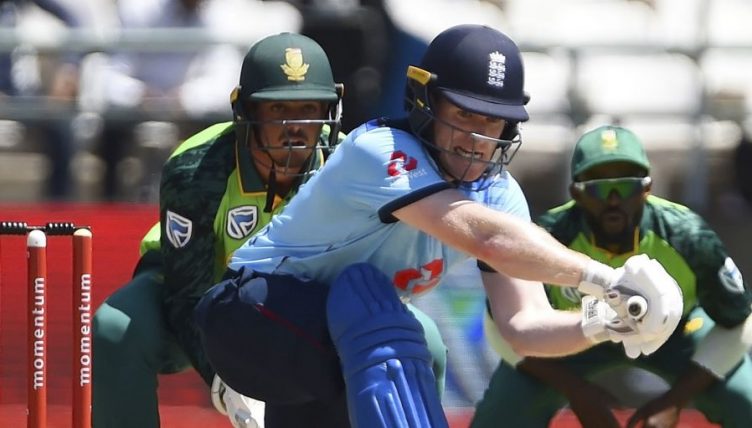 England skipper Eoin Morgan offered no excuses for the seven-wicket defeat to South Africa in the first one-day international in Cape Town.

The tourists appeared rusty in their first ODI outing since winning the World Cup last summer, slipping to 131 for six after the Proteas asked them to make first use.

Joe Denly held the innings together with 87 and Chris Woakes weighed in with 40 to lift England to 258 for eight.

But that total proved nowhere near enough following a second-wicket stand of 173 between new 50-over captain Quinton De Kock and Temba Bavuma, who made 107 and 98 respectively, as South Africa took a 1-0 lead in the three-match series.

Morgan said at the post-match presentation: “We were way off the mark.

“South Africa completely outplayed us in all departments. We’ve got no excuses, we didn’t adapt to conditions. Every batsman apart from Joe Denly and Chris Woakes failed to get going.

“Full credit to them, they’ve started the series very well. We lacked the adaptation to the skill level that was needed. We lost wickets in clusters, up until that Woakes and Denly partnership.

“Having let the guys get themselves in, it was a struggle to get things back.”

Morgan added: “They learned a huge amount. Failure is a huge platform to try and catapult you forward and learn from your mistakes.

“It’s not all crash, bang, wallop. I think we need to continue to learn like we have done in the past….we were outplayed because we were off the mark.”

De Kock led the way in his first match as South Africa ODI skipper, hitting a fine century as his inexperienced side romped home with 14 balls to spare.

He said: “It was a good night. Just glad to get a win under our belts. It feels good to get back to winning ways.

“This week, we chatted about how we want to take this ODI team going forward. Really proud of the boys, it’s one thing speaking about it and another bringing it out onto the field.”