The illustrated commentary of Jack Leach’s trip to Specsavers 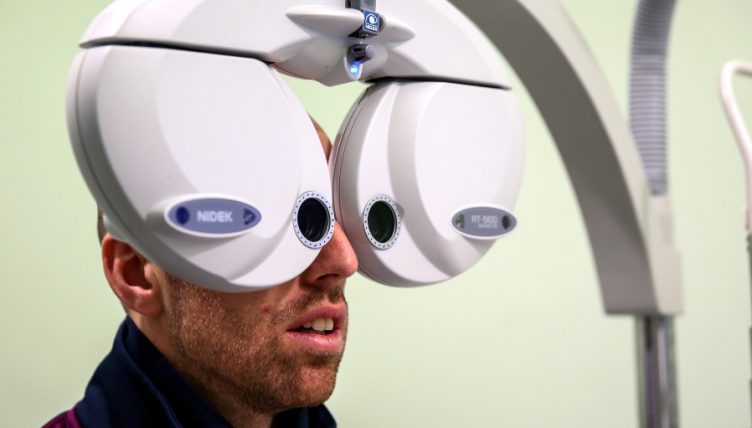 They weren’t kidding, Specsavers really have sorted Jack Leach out with some new eyewear, and the photos are a joy.

We can confirm we will offer Jack Leach free glasses for life https://t.co/7rfPBK77GS

1. Jack Leach brings bat to Specsavers, as you do. I hear Jofra took a ball to the dentist last week.

2. Jack Leach – the consummate all-rounder – proves he can tuck his bat under his arm in the store as well as just outside it. Replicating his bat-arm-tuck in perhaps the most famous Ashes single of all time.

3. Specsavers employee uses ghosthunting app – revealing the spirits that haunt Jack Leach – only seen through the lens of an iPad… Is that Steve Smith?

4. Jack Leach smiles at – but presumably cannot see – an optometrist, who hands him a piece of paper telling him his eyes are still f****d, which he will be unable to read.

5. Jack Leach expresses concern as he doubts whether his new glasses will fit under his helmet.

6. Jack Leach is unimpressed as the optometrist attempts to ease concerns over size of spectacles using dial-up internet on Windows 95.

7. Jack Leach regrets photo opportunity and lets camera operator know the shoot is over by looking into their soul.

Next week, Jos Buttler takes his wicket-keeping gloves to his first colonoscopy…