Anderson has no thoughts of retirement ahead of huge summer 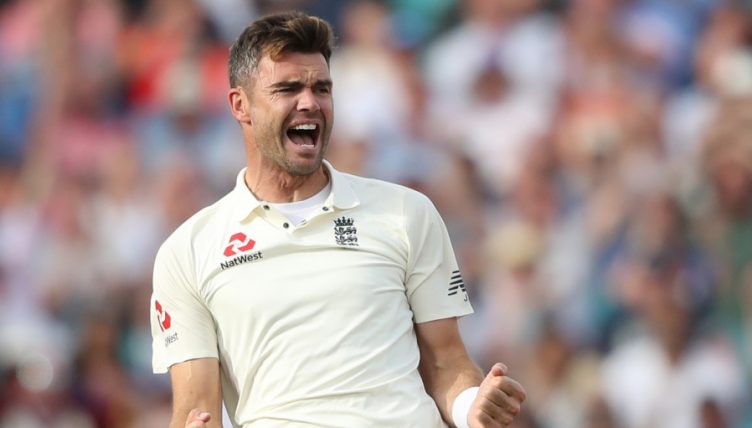 Anderson continues to be a mainstay in England’s Test side and he is the fourth highest wicket-taker of all time in the longest format of the game with 575 scalps, behind only spinners Muttiah Muralitharan (800), Shane Warne (708) and Anil Kumble (619).

The Burnley-born star is set to play a huge part in the Ashes, with the first Test getting under way at Edgbaston on August 1, as the hosts look to reclaim the urn from Australia’s grasp.

Anderson turns 37 on July 30, two days before the opener in Birmingham, but he insists he has no thoughts of retiring right now and is feeling the best he has for some time.

“I feel as good as I ever have,” he told Sky Sports. “With me not playing one-day cricket over the last few years, it gives me that extra time to work on my fitness and stay fresh. I never really look too far ahead but I have no plans to finish up anytime soon.

“I will take it series by series and see what happens.”

Anderson hasn’t played one-day cricket for England since the 2015 World Cup but has continued to set new standards in Test cricket, taking 232 wickets at a remarkable 21.41 since the start of the 2014 summer.

Last year he went past Glenn McGrath as the leading Test wicket-taker among seam bowlers and is set to win his 150th cap – the first specialist bowler to reach that landmark – during the Ashes.