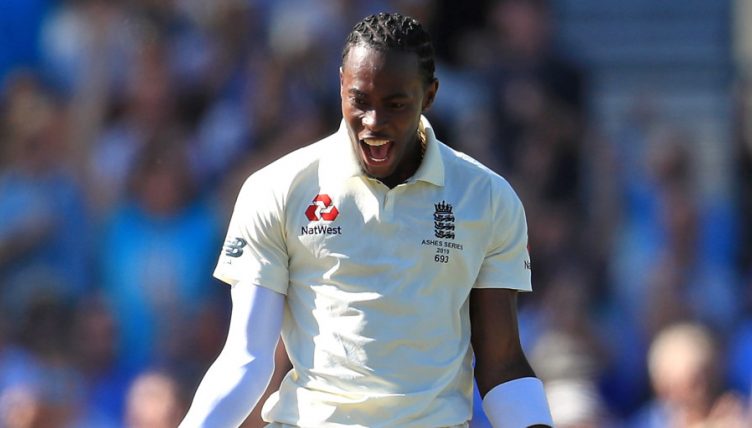 Jofra Archer feels he is progressing well from an elbow injury that ruled him out of England’s tour of Sri Lanka and has his “fingers crossed” about featuring in this year’s Indian Premier League.

After putting pen to paper on a two-year contract extension at Sussex that will keep him at the club until at least the end of the 2022 season, Archer revealed he had another scan on his troublesome right elbow on Wednesday.

The results have not yet been disclosed but it was initially thought he would be sidelined for around three months after being diagnosed with a low grade stress fracture.

But Archer is optimistic about his recovery, and while the problem has come at an inconvenient time for him, the 24-year-old spoke about the benefits of being able to take a breather following a hectic past few months.

“The elbow is fine, I haven’t felt it for the last few weeks now so I think it’s making good progress,” he said in a video on Sussex’s website.

“I’m not targeting anything. I’ve played a lot of cricket so I don’t think I’ll forget how to play cricket even if I don’t do anything for the next couple of months.

“It’s actually nice to just take a break. I’m not happy that it’s come at this time but I’m also grateful that I’m getting the chance to relax and take a step back for a bit.”

Archer will be absent for England’s two-Test series in Sri Lanka as he continues to convalesce and it was initially thought he would miss the entire IPL campaign, which starts on March 29 and finishes on May 24.

It may yet be the case that England’s prognosis is correct and, because Archer is a centrally contracted player, they ultimately have the final say over when and where he will make his return.

But asked whether he could play for Rajasthan Royals at some point in this year’s IPL, Archer responded: “You never know, fingers crossed.

Archer was England’s leading wicket-taker in their triumphant World Cup campaign and then took 22 scalps at an average of 20.27 in the Ashes in a breakthrough international summer, before a more underwhelming winter.

He took only two wickets in as many matches against New Zealand but recorded a third five-for in only his seventh Test, against South Africa at Centurion, before going down with an elbow injury that first surfaced during the World Cup.

The complaint led to Archer missing the final three Tests in the 3-1 series win over the Proteas as well as the three Twenty20s which followed.

But it is hoped he will be fit for the start of the English summer and the first Test against the West Indies, which gets under way on June 4 at The Oval.

News of Archer’s injury led to scrutiny on his workload as he bowled more overs in 2019 than any of his England team-mates, despite only making his international bow last May.

However, he refused to apportion blame to anyone as he said: “It’s not an issue for me, I don’t think it’s an issue for anyone. Anyone that knows me knows my capacity and what I can and can’t do.

“It’s not anyone’s fault that you get injured, you’re only human and bones and stuff break. It’s not necessarily your fault or anyone’s fault.”

Since making his debut for Sussex in July 2016, Archer has taken 196 wickets in 97 matches across all three formats, including 131 victims in 28 first-class appearances.

Archer said: “Sussex gave me my opportunity right at the beginning of my career, so I am very happy to commit long term to the club.”

Sussex head coach Jason Gillespie added: “I’m really looking forward to having him play for us when his England commitments allow. He loves playing for Sussex – he’s like a kid in a candy store! We all love having him around.”