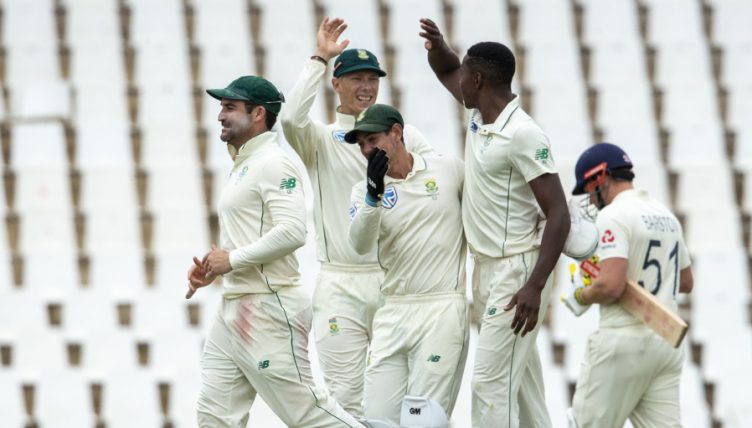 South Africa paceman Kagiso Rabada has apologised for letting himself and his team down after he was banned for the final Test against England.

The 24-year-old will be absent for Friday’s finale at the Wanderers in Johannesburg following his overzealous celebration for dismissing Joe Root on the first day in Port Elizabeth.

While his latest ‘offence’ was small and twatty – his bellowed enthusiasm seemingly aimed more at the stumps than the batsman – there is no escaping the fact Rabada is both a repeat offender and slow learner having picked up three previous demerit points for giving batsmen send-offs. With Rabada having failed to walk the disciplinary tightrope, South Africa must now try to square a series that is sliding away from them without their strike bowler.

“It can’t keep happening because I am letting the team down and I am letting myself down,” said Rabada. “That is why it hurts so much.

“It is something that I didn’t expect, but whether it was the right thing or the wrong thing to ban me, the reality is that I am banned.”

Rabada bowled Root for 27 before following through just in front of the England captain, pumping his fists and roaring in celebration.

He was fined 15 per cent of his match fee and, crucially, picked up a demerit point – taking his tally to the threshold of four within a two-year period.

“I have every belief in anyone who is going to come into my spot, that they have the potential to knock anyone over,” Rabada added.

England take a 2-1 series lead into the decisive rubber after they won the third Test by an innings and 53 runs.