Plunkett, Banton and the Wrong Trousers: how the start of England’s new ODI cycle fell between two stools 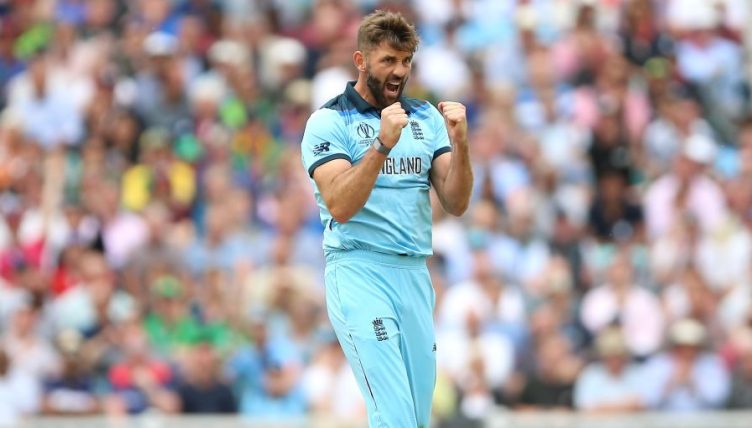 English cricket is frequently guilty of focusing so much on the future that it neglects to worry about – sometimes even to just enjoy – the present.

Most strikingly, this applies to Test cricket where everything is always viewed through the prism of What It Means For The Ashes. The World Test Championship, bless its baffling cotton socks, has yet to make any inroads here as evidenced by reaction to victory in South Africa promptly leading to calls for Ollie Pope to immediately bat at three because Ashes.

England don’t go to Australia for the Ashes until the end of next year. They have two tours in Asia before then – Sri Lanka imminently and India next winter – and could even, in theory (just about) be crowned World Test Champions before the Ashes comes around again. If the Ashes is any kind of focus at all right now for the Test side it should certainly not be the sharpest one.

The same thing is true with the World Cup with the ODI side. There are differences. Fundamentally, because it is true of all those sides who have the luxury of not having to worry about actually getting into the thing in the first place. The World Cup is demonstrably the biggest tournament in the format, for everyone. So everyone is playing to the same four-year cycle at the same time. This is fine. There’s also not even a Champions Trophy in the current schedule.

But starting that new cycle doesn’t have to mean throwing out everything from the old one. Even after 2015 England didn’t quite go that far.

Right now, through a combination of choice and circumstance, they’ve got it slightly wrong. Not being around in 2023 doesn’t mean you’re worthless in 2020. I’m speaking of course about getting rid of the matching sky blue trousers and pads and completely ruining their magnificent World Cup kit.

Still genuinely raging about this. Okay, lovely sky blue trousers and pads might not be around for the next World Cup, but that doesn't mean you have to just bin them off right at the start of the cycle. pic.twitter.com/KxjiVdlEwd

But also a little bit about Liam Plunkett.

Of England’s many failings in their first ODI as world champions, the most striking non-sartorial problem was how toothless their mid-innings bowling appeared. No great surprise really, given the many World Cup winners absent for assorted reason: Archer, Wood, Stokes, Rashid, Plunkett is quite a bowling attack.

No spinner took more ODI wickets between overs 11 and 40 in the last five years than Adil Rashid; no quick took more than Plunkett.

In the last five years of ODI cricket:

England’s record since the start of last year with and without Plunkett is stark. With him in the side they have won a World Cup final in the most banter way imaginable and in all lost just one of 13 matches. Without him, they have lost five of eight.

He is also 34 years old. It is unlikely he will play in the next World Cup, unless the United States qualify. But he is – or should be – still definitely in England’s first-choice ODI XI right now and, unlike your Archers, Woods and Stokeseseses faces none of the all-format stress of being in the Test frame.

The decision not to award Plunkett a white-ball contract after the World Cup was pretty brutal but at least understandable. Cutting him off altogether not so much.

The bowling at Cape Town showed it up as undoubtedly a wrong call in the short term. But is it even the right long-term choice? Someone will have to do The Plunkett Job for England at the next World Cup; surely it makes sense for the candidates to spend a couple of years learning from the man himself?

And discarding Plunkett makes even less sense when set against the presence of 33-year-old Joe Denly in England’s middle order. England would obviously have been in an even sorrier mess at Newlands without his Stokesian 89 from 103 (Dentury!) but the last time he made an ODI half-century before this was 3789 days ago. He was batting alongside Andrew Strauss, and Tom Banton was 10 years old. A reminder: Liam Plunkett was one of the most important parts of England’s greatest ever ODI team seven months ago.

And now let’s pivot a full 180 degrees; having gone way too far with Plunkett, England didn’t go far enough elsewhere. This quasi-experimental New Cycle team fell between two stools. With a T20 World Cup this year and another next year, there is a strong case for treating even 50-over games as preparation for those events right now.

Hence Tom Banton. Well worth an extended look at him in international cricket, but not at number six. Neither in the ODI side or, for different reasons, the Test one. There is no point picking Banton to rescue England’s top order from 83/4. If he has an extended England career it will not be down there doing that.

He’s a top-order powerplay-botherer. Definitely in 20-over cricket and it’s where he’ll likely do most damage in 50-over cricket. Picking him at six was neither one thing nor the other; England didn’t select their strongest available side and didn’t give Banton the best chance to stake his claim.

We know that Roy, Bairstow, Root, Morgan is England’s first-choice top four in ODI cricket. There is little more to learn about that quartet, so if you’ve got got at least one eye on either The Future or T20 and thus picking Banton why not stick him in the top three? Giving T20 revelation Dawid Malan the middle-order ODI role would arguably have served both those masters better than tossing Banton in there and telling him to be Jos Buttler.

Maybe none of this really matters. It’s the first ODI after the World Cup win and follows a wildly successful Test series. Nothing is won or lost yet. But Plunkett was a wildly underappreciated cog in Eoin Morgan’s machine and it still rankles how his contribution is still taken for granted. Mainly, though, we’re probably just upset about the trousers.