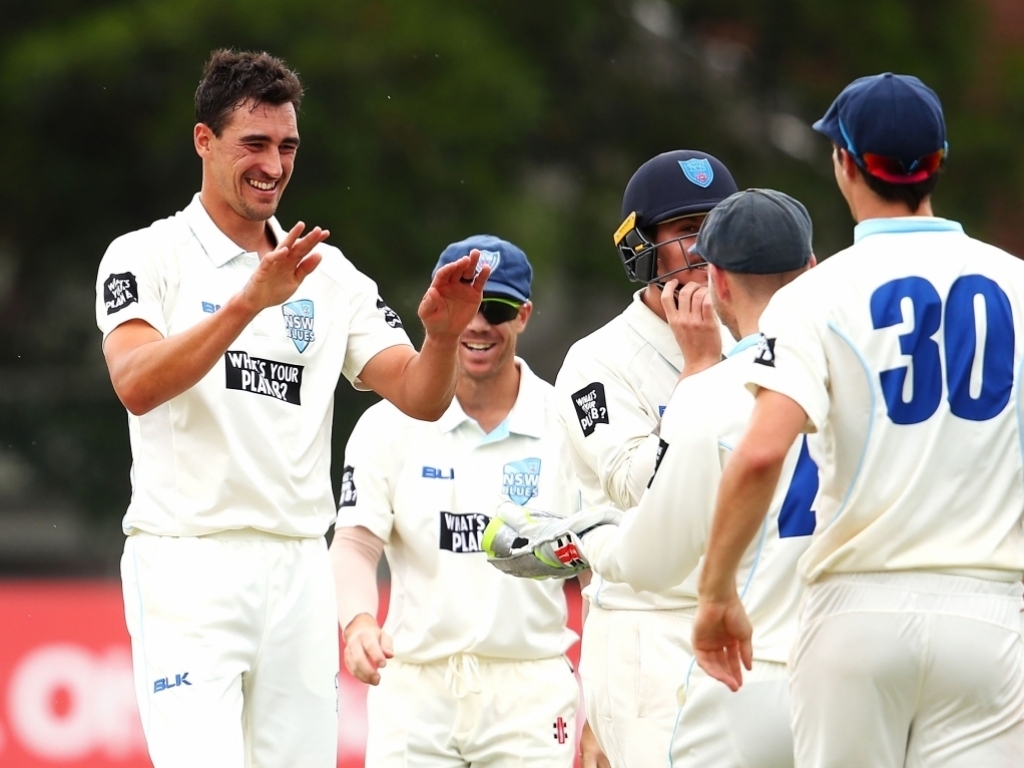 Australia fast bowler Mitchell Starc sent out a warning to England ahead of the Ashes by taking a hat-trick in both innings of a first-class game for New South Wales.

Starc achieved the feat, the first in Australian domestic cricket, playing against Western Australia at the Hurstville Oval in Sydney as the left-arm paceman led his side to a 173-run victory in the Sheffield Shield competition.

The quick removed Jason Behrendorff, David Moody and Simon Mackin in the first innings to complete the first hat-trick of his career.

The 27-year-old completed the win for his side on the final day of the game on Wednesday as took the scalps of Behrendorff and Moody again and then had Jonathan Wells caught at first slip to complete the rare achievement.

Two hat-tricks in the same match has only ever been done on seven previous occasions in first-class cricket around the world.

Starc, who has taken 148 wickets in 36 Tests, is in ominous form ahead of the first Ashes Test starting on 23 November as he took career-best figures of  8-73 in New South Wales’ previous game against South Australia last week.

More good news for the Aussies is that captain Steve Smith also found form with the bat, stroking scores of 76 and 127 in the same game against Western Australia.

Currently Australia are priced up at 2/5 favourites to win the upcoming Ashes series with England at 3/1 and the draw the outside bet at 7/1. The bookies also see Australia as favourites to take down the first of the five test series in Brisbane at odds of 8/11.

If you’re planning to pony up on the Ashes then we recommend these bookmaker reviews as a good place to start your research… however no matter where you bet you’re going to get a good price on England who are currently best priced at 5/2 (3.50) with both Betfair and Betfred.

It’s set to be a great series and with the Aussie pacemen in top nick it’s going to be tough down under for the England batsmen, especially if Mitchell Starc carries this form into the series.