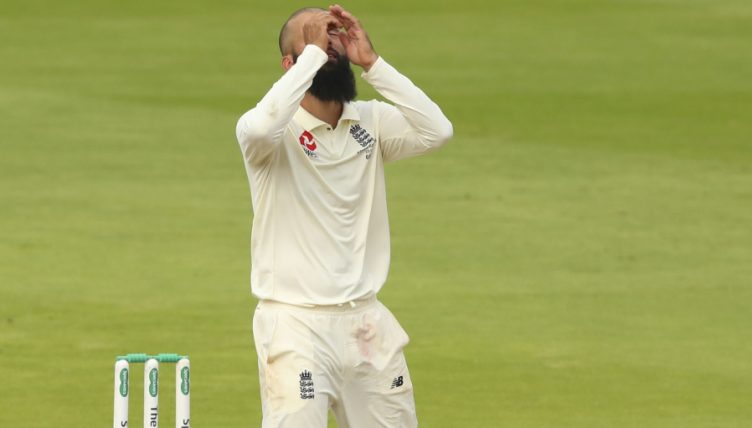 Moeen Ali has suggested he was made a scapegoat when England struggled in Test cricket.

The 32-year-old has not played for his country since being dropped after the first Ashes Test in August following a poor run of form.

In September, he lost his ECB central contract for Test cricket, only receiving a white-ball contract, and he took a break from the five-day game.

Talking to BBC Cricket Social, Moeen said: “A lot of the time if we lose I feel I am one of the first guys to get the blame for it.

“I found, yes, there have been days when I have not had good games, but I feel sometimes it is easy to point the finger at me. It did get to me and that was one of the reasons why I needed to step back from Test cricket.

“I felt like I was drained from it all. I do think that but I have got to become a stronger person for that as well. It is difficult but I will be fine.”

Moeen was a member of Eoin Morgan’s World Cup-winning 50-over side, but was dropped during the tournament on home soil and did not play in July’s final.

He then lost his place in the Test team a month later despite being the world’s leading Test wicket-taker during the previous 12 months.

The Worcestershire all-rounder subsequently took a short break from cricket before his hiatus from red-ball cricket was confirmed when he was not included in the tour of New Zealand.

Moeen has since played franchise cricket in South Africa and Abu Dhabi, but is back in England’s white-ball squad for three one-day internationals and three Twenty20 fixtures in South Africa.

He is then set to play in the Pakistan Super League, which coincides with Chris Silverwood’s team taking on Sri Lanka in two Tests in March.

With first-choice spinner Jack Leach being sent home from the ongoing tour of South Africa after battling a series of health issues, Moeen could have found himself back in the Test fold for the red-ball games in Sri Lanka.

On a potential return, he said: “I’m not sure yet. I’m going to go to South Africa now for the one-day stuff and decide probably there and speak to a few people.

“I’ll definitely come back when I feel ready. England – the ECB – have been amazing in terms of support and they fully understand where I’m coming from.

“Being in all forms of the game is not the easiest thing at the moment as we play so much cricket. There’s no time frame. When I’m ready I’ll come back for sure, but I know I’ve got to fight for my spot and earn my spot again.”