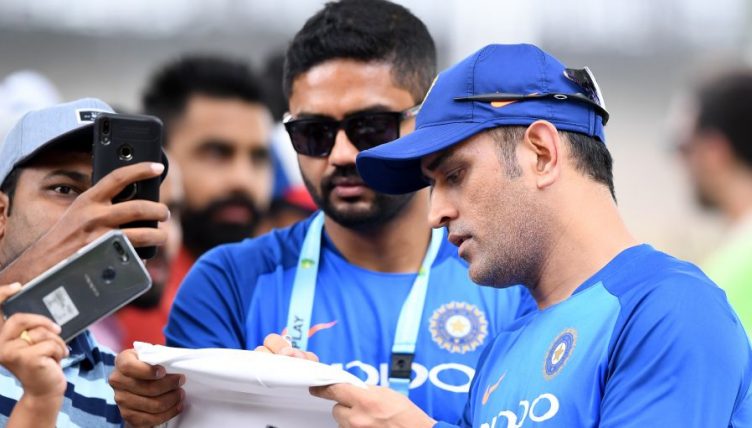 Fans flocked to the MA Chidambaram Stadium to try and get a glimpse of their hero Dhoni with over 10,000 supporters understood to be in attendance.

As Dhoni walked out for his net session chants of “Dhoni, Dhoni” filled the air as a huge roar went up around the ground.

The Chennai Super Kings are getting ready for the 2019 IPL season which will start on March 23 when they face Royal Challengers Bangalore in Chennai.

And Dhoni, it seems, will remain the undisputed king of Chennai in the eyes of the supporters with a stunned reaction from ex-players, fans and journalists on Twitter, who struggled to believe the reaction to his arrival on the pitch.

During the session, one fan tried to get closer to Dhoni when he came onto the field, only for the batsman to have a bit of fun with the pitch invader, before he was eventually escorted out. Watch it here: