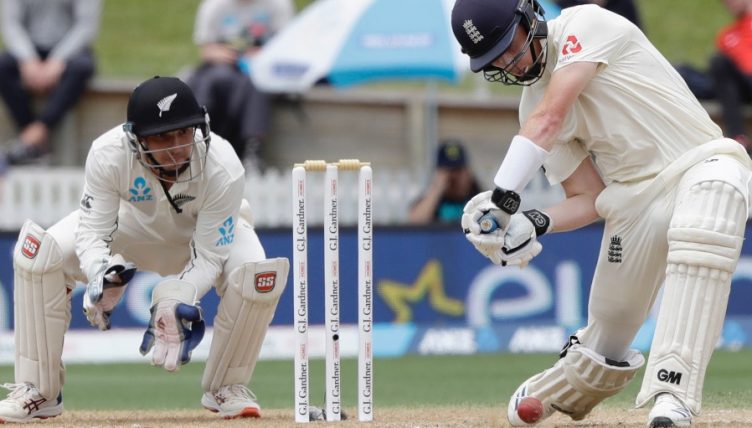 Ollie Pope is finally coming to terms with being billed as English cricket’s ‘next big thing’, not least since the national side’s social media team joined the bandwagon.

Pope looks certain to return for the New Year clash in Cape Town on Friday after missing the first Test defeat to South Africa due to the illness which has run through the camp over the past fortnight.

The Surrey batsman does not turn 22 until the day before the match, easily young enough to be given all manner of leeway as he learns the nuances of life among the elite, but instead finds himself freighted with huge expectations.

An average of 27.33 and a top score of 75 from his four Tests to date may not indicate anything special but those who have seen him at close quarters routinely speak of him as a once-in-a-generation talent. A first-class average standing at a towering 57.93 offers plentiful statistical back-up.

After reeling off a dominant 132 in the recent tour match against South Africa A, England Cricket’s official Facebook page posted a picture of him in full flow with the caption “Is Pope our next big thing?”.

That did not escape his notice but he insists he does not feel overburdened by such heady labels.

“England posted something with a comment like that a few weeks ago and I remember flicking through a few comments saying ‘how can you put him under that pressure?’,” he said.

“But I don’t think there’s any more pressure than playing Test cricket. I understand what rides on it and I don’t think what people say off the pitch is going to change how I go bat in the middle.

“If you asked me when I first got picked, I probably would (have been affected), but I’ve gained the confidence in myself and my game.

“If people say that, you enjoy it. It’s nice to read, it’s only a compliment, but there’s no need to put myself under any more pressure. I definitely don’t see it as ‘I definitely have to score runs in this game’ because I understand how cricket works. Just stick by your own thing, then you’ll be fine.”

As well as being touted more generally as a star in the making, Pope also finds himself likened to Ian Bell. The similarities are obvious, from starting young (Bell was 22 when he made his Test bow) to the elegant strokeplay that leaves classicists purring.

Bell went on to play 118 Tests, scoring 7,727 runs with 22 hundreds and won the Ashes on five separate occasions. Come close to matching that and the talk around Pope will have been well deserved.

“Hopefully I can have half the career he’s had because he’s obviously an amazing, amazing player,” added Pope.

What Pope would probably like more than anything else over the next few weeks, beyond the bold predictions and helpings of hyperbole that have followed him for a while, is a consistent chance to audition for the number six spot.

Having debuted in 2018 two places higher, an elevation Surrey had yet to make, he found himself dropping back down to the England Lions fold midway through last winter’s tour of Sri Lanka before being excluded entirely from the West Indies series.

He was nominated as the middle order concussion replacement during this summer’s Ashes before being deployed as an emergency wicketkeeper in New Zealand and now has chance to make himself a fixture in 2020 and beyond.

“I’m just happy to be on the tours, be in the squads and if I get a game – brilliant,” he said.

“I’m loving it but I also realise I’m 21, I’m pretty young and it doesn’t always happen straight away. If I do get a run – brilliant – then hopefully I can take that and make it my own.”