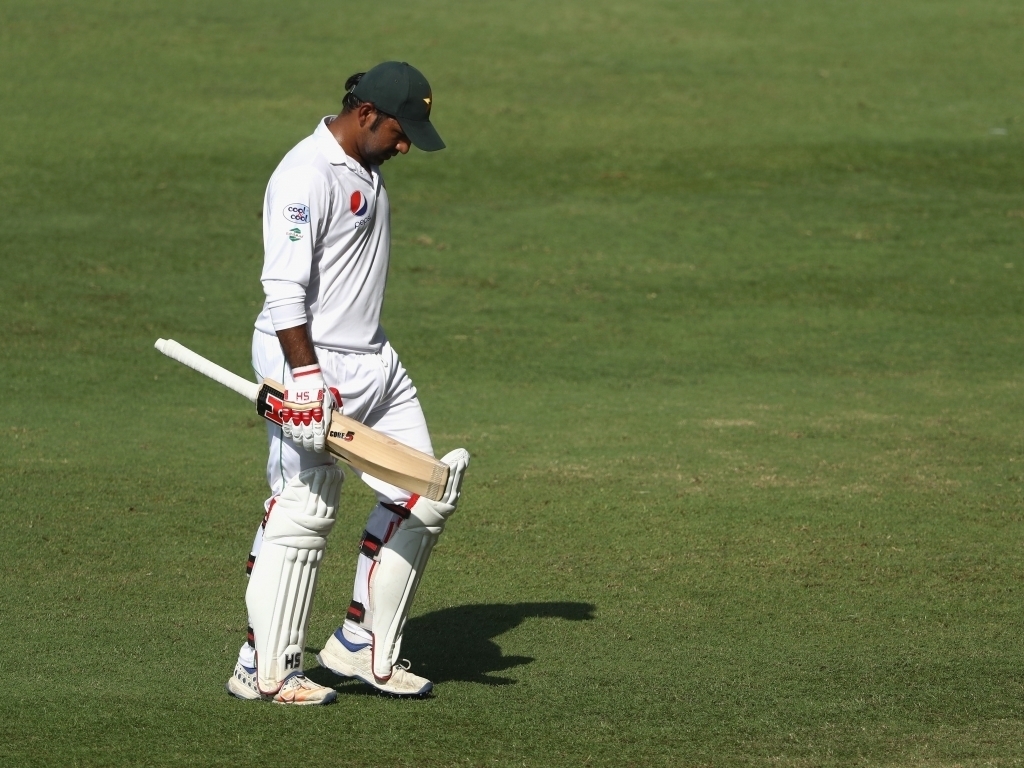 Pakistan captain Sarfraz Ahmed blamed his team’s batting for the Test series defeat against Sri Lanka in the UAE.

Sri Lanka won the second Test by 68 runs in Dubai on Tuesday to clinch a two-nil series sweep, Pakistan’s first Test series defeat in their adopted home of the UAE.

Chasing a target of 317, Pakistan slipped to 52/5 before a rearguard partnership of 173 between Asad Shafiq (112) and the skipper gave them a glimmer of hope for a victory.

Shafiq was the only Pakistan batsman to score a century in the series, Sarfraz’s first as Test captain since Misbah-ul Haq retired earlier this year.

Pakistan lost the first Test in Abu Dhabi by 21 runs after they were bundled out for 114 chasing a target of 136.

Sarfraz told reporters after the game on Tuesday: “I got to learn a lot from this. We made many mistakes. This was my first series as captain and it was pretty tough. Captaincy is very different in Tests – it changes session by session.

“We lacked in our batting, we didn’t play any long innings and didn’t capitalise on good starts.

“The kind of innings Asad played, if we had gotten that in the last game, or in the first innings here, then we could’ve gotten out of it.

“I’ve learnt a fair bit and I hope that whatever the next series is, we’ll try and improve on these.”

Pakistan and Sri Lanka will now face each other in five ODIs with the first game in Dubai on Friday.