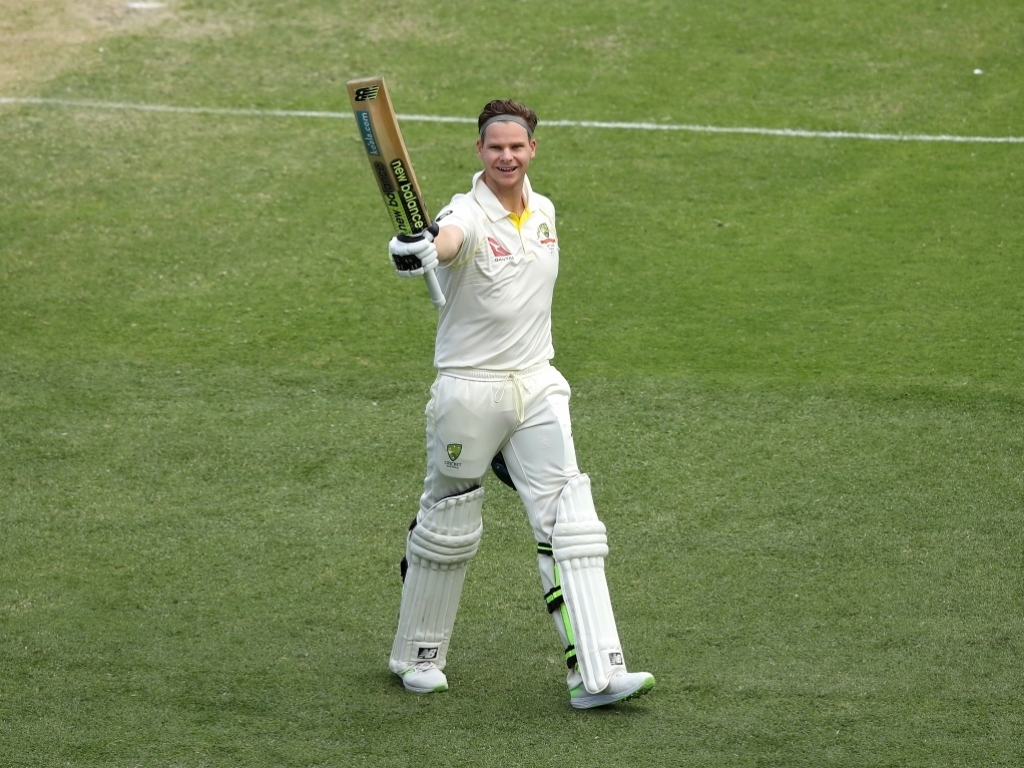 Australia captain Steve Smith has extended his lead at the top of the ICC player rankings for Test batsmen, but the next four batsmen are separated by just 11 points in the latest rankings which were released on Tuesday following the conclusion of the Brisbane and Nagpur Tests.

Smith stroked a magnificent unbeaten 141, his 21st century in his 57th Test, which was the cornerstone of Australia’s 10-wicket victory over England in Brisbane.

For his performance, Smith has gained five points to rise to 941 points, making him joint-fifth in terms of the highest points tally in batting history in Tests behind Don Bradman (961), Len Hutton (945), Jack Hobbs (942) and Ricky Ponting (942), and at par with Peter May (941).

If Smith is able to produce another strong performance in the day/night Test at the Adelaide Oval, then he has a solid chance of leapfrogging Hutton, Hobbs, Ponting and May into second place behind Bradman.

Among the other movers and shakers, India’s Cheteshwar Pujara has returned to number-two ranking after scoring 143 in his side’s huge victory by an innings and 239 runs in Nagpur.

He had first peaked to second following the Ranchi Test against Australia in March, while the last time he was second was following his 133 against Sri Lanka in Colombo in August.

Pujara has been rewarded with 22 points, which have lifted him from fourth to second on a career-high 888 points.

The 29-year-old, who plays for Saurashtra in India’s domestic competitions, now leads his fifth-ranked captain Virat Kohli by 11 points. Kohli has vaulted from 817 points to 877 points after scoring his fifth career double-century in 62 Tests.

Smith, who led Root by 47 points before the start of the Brisbane and Nagpur Tests, now leads Pujara by 53 points.

India opener Murali Vijay and middle-order batsman Rohit Sharma, who were the other centurions in the just-concluded Tests, have also made impressive gains.

Vijay has risen eight places to 28th position, while Rohit has shot up seven places to 46th spot.

Ravichandran Ashwin, who became the fastest man to 300 wickets in Tests, has consolidated his fourth position by gaining nine points which have put him on 849 points.

The India off-spinner is now 42 points behind number-one ranked James Anderson who has dropped five points after claiming two wickets in the Brisbane Test.

Other bowlers to improve their rankings include Bhuvneshwar Kumar and Ishant Sharma of India, who have moved up one place each to 28th and 30th respectively, and Pat Cummins of Australia, who has jumped six places to claim 45th position.

In the all-rounders’ rankings, Ashwin has returned to third place in the list which is headed by Shakib Al Hasan of Bangladesh.