Smith accuses England of being ‘defensive’ 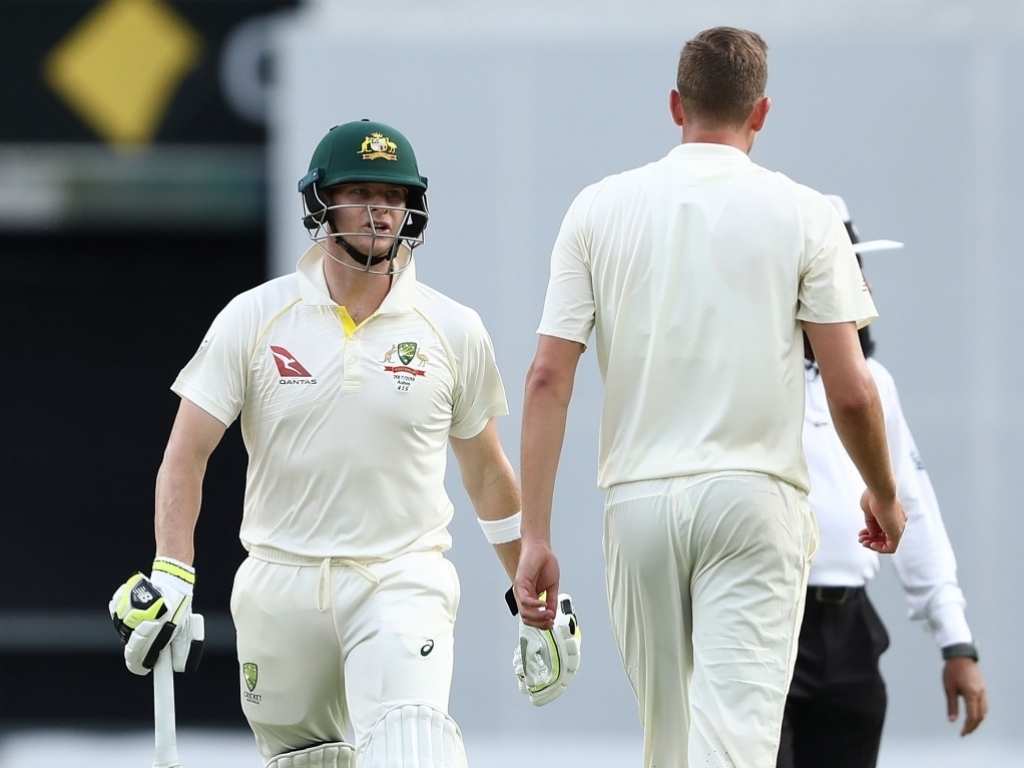 After stroking a majestic century on the third day of the first Ashes Test, Australia captain Steve Smith accused England being “defensive” while in field at the GABBA.

Smith scored a masterful 141 to bring his 21st Test ton but it was also his slowest as the home skipper took 261 balls to bring up the milestone as Australia were bowled out for 328 to take a slender lead of 26 after the first innings.

The tourists closed out the day on 33/2 and take a lead of just seven into the final two days as both teams look to get off to a good start in the five-match series.

Speaking about his century, Smith admitted boundaries were hard to come by as the visitors set unorthodox fields to curb the scoring rate.

Smith told reporters after the day’s play: “I thought they were pretty defensive from the outset. It was almost as though they were waiting for our batters to make a mistake. Unfortunately, four of the top batsmen made those mistakes.

“It felt like it was very defensive. It might be a series where boundaries might be hard to come by. They were pretty defensive pretty early.”

The Australia skipper was very animated in his celebration when he went to his ton and explained that getting the team out of trouble, they were 76/4, and the occasion were the reasons for first pumps and kissing the badge.

Smith explained: “It was a bit of everything really. I guess the situation we were in, getting us to where we are now,” Smith said in way of explanation.

“It just meant a lot, Ashes series are always huge and as a captain I want to try and lead from the front as much as I can with my performance and the way I bat.

“All of it just came out when I got to a hundred, I had to work very hard – it was my slowest hundred, someone told me – be really disciplined and resilient to get through those periods and get to a position where we are now, it’s relatively pleasing.”