Because we can, here are 38 times Stuart Broad was just the best 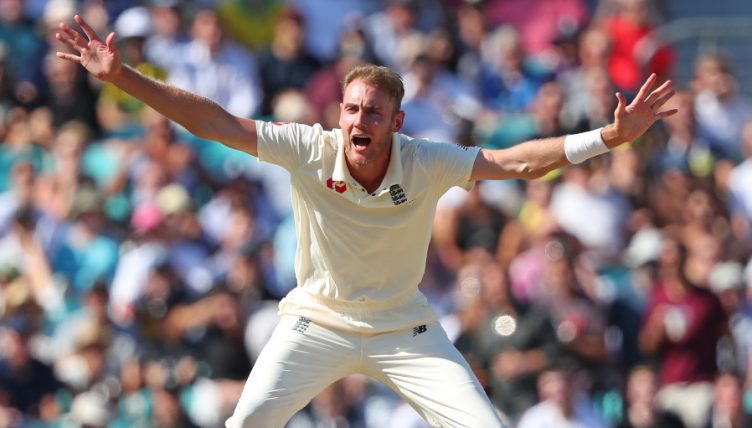 Tough times, these. But if there’s a better way of cheering ourselves up than remembering just quite literally some of the times Stuart Broad was the absolute best, then frankly we don’t want to hear about it.

1. First things first, the time he took 8/15 against Australia

4. And not forgetting the time he took 6/25 against India

5. Being rubbish for the first four Tests of the 2009 Ashes just to make his series-winning spell in the fifth Test funnier

9. Taking a Test hat-trick without realising it

10. Straightening the off stump after having his middle stump knocked out of the ground

11. Using the phrase “see with your eyes” when we wrote about that dismissal

I’m assuming you can see with your eyes it hit the bottom of my thigh pad and deflected directly down onto the stumps? 🧐 #ClickBait

14. Scoring 169 and not remotely being the biggest talking point of the Test match

15. The last ball of England’s defeat to Netherlands in the opening game of the 2009 World T20

16. Captaining England to another heroic T20 defeat against the Dutch

17. Making a big fuss of moving the Adelaide Oval sightscreen and then getting bowled round his legs first ball by Mitchell Johnson

19. Inspiring Martin Samuel to suggest he should bowl all the overs from both ends

Football journalist Martin Samuel is writing about cricket again. All the excuse I need to bring up the time he genuinely wanted Stuart Broad to bowl unchanged for more than a session. From both ends. pic.twitter.com/mKmLjKJsWz

20. Wandering off for a piss while trying to bat out a draw against Sri Lanka

21. Not walking that time at Trent Bridge

22. His post-series assessment of why he didn’t walk that time at Trent Bridge: “It was an important moment in the game because, let’s be honest, if Belly and I hadn’t put on those runs, we wouldn’t have won the Test match so we would only have won 3-1 or something.”

23. Infuriating Australians generally and Queenslanders specifically to the extent that lots of them wore “STUART BROAD IS A SHIT BLOKE” T-shirts, most of them without irony.

25. Prompting the Courier-Mail to shit the bed and set it on fire by refusing to name him – except for when putting his face and name right there on the front of the paper – and labelling him “Stuart Fraud”, “smug Pommie cheat” and “the 27-year-old medium-pacer” ahead of the 2013/14 Ashes opener

The Courier Mail subeditors still haven't quite got to grips with their paper's ban on mentioning Broad. pic.twitter.com/2ULEc72Dqr

26. Wandering into the press conference after taking five wickets on day one at the Gabba with the Courier Mail tucked under his arm.

27. Insisting on being put up for England media duties after the sandpapergate story broke and wondering with studied mock-innocence why Australia had changed their successful bowling strategy from the Ashes

Did he not walk?! Wow

31. Filming James Anderson hitting himself in the face playing g**f

33. Almost getting timed out and then reviewing the plumb lbw dismissal that completed Peter Siddle’s Birthday Hat-Trick

34. This double fist-pump celebrappeal and the insane third-umpire decision to overturn it

Incredible celebrappeal from Broad, even more incredible decision from the third umpire to overturn the decision on some very, very iffy evidence.pic.twitter.com/xiqIKOuqcF

38. And, of course, getting Yuvrajed. Thinking about it, this really should have been number 36.

UPDATE: Five other ones that we’d forgotten about because there are just so, so many

2. Being the best Fantasy Football player on earth one week

An honourable mention to when he was literally the best Fantasy Football player in the world. https://t.co/U2I7JdCzdR

3. When John Campbell tried to scoop him in the 10th over of a Test match

Throwback to when John Campbell tried to scoop Stuart Broad in the 10th over of a Test Match innings…pic.twitter.com/2xKN15Lxdc

5. Joining in with the Jofradamus phenom