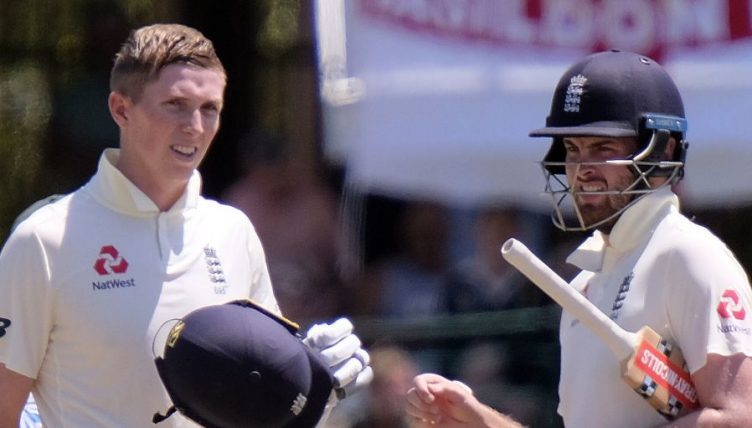 England opener Zak Crawley has declared he is ready to get back into action as soon as cricket is given the green light to resume amid the ongoing coronavirus pandemic.

Hopes of a Test Match summer in England have been thrown into doubt as ECB chiefs grapple with plans to try and get some cricket on this summer, with Crawley eager to burst out of the blocks and build on his rapid rise up the international ranks.

After making his Test Match debut in New Zealand last November, the 22-year-old caught the eye with some solid performances in the Test series in South Africa and was on course to open for England in Sri Lanka before the tour was abandoned in March.

Speaking on the Changing Room Chat podcast, Crawley has insisted he would have no reservations about making a quick return to action, even though he fears cricket may take some time to get moving again.

“I would play tomorrow if they said we can open up again. Sadly, I don’t think it will work like that,” said the Kent batsman. “I feel ready to play. I have managed to hit a few balls. Fortunately I have my old man to throw a few balls at me in the garden, but I feel like it will only take a couple of nets to get going. The only trouble with cricket is you need the bowlers to work with as well and they are going to take some time to get match fit.

“I’ve managed to keep my fitness up, but it is pretty tough for everyone to keep busy. I’ve used it as a chance to reflect on a few things in my game and hopefully when things open up I’ll be in a good place to open up strong.”

Crawley admits he has side-stepped news coverage of the Covid-19 crisis in recent weeks in a bid to keep a positive focus on the future, as he suggests the return of sport could lift the spirits of the nation.

“It would make it a lot easier for people in lockdown if we can get some sport on TV and we can find a way of doing that which meets the guidelines, that’s the best way forward,” he continued. “It might make people stay indoors as well because people might be getting a bit bored of it at this stage. It would be the best thing for us to get a bit of live sport on the TV.

“At the start of this, I watched a lot of the news to try and get my head around it, but if you do too much of that it can confuse you. So I haven’t watched much of the news of late. I’m lost with it to be honest and I think quite a lot of other people share that view.”

Listen to the full interview with Zak Crawley on the Changing Room Chat podcast by Henman Communications.