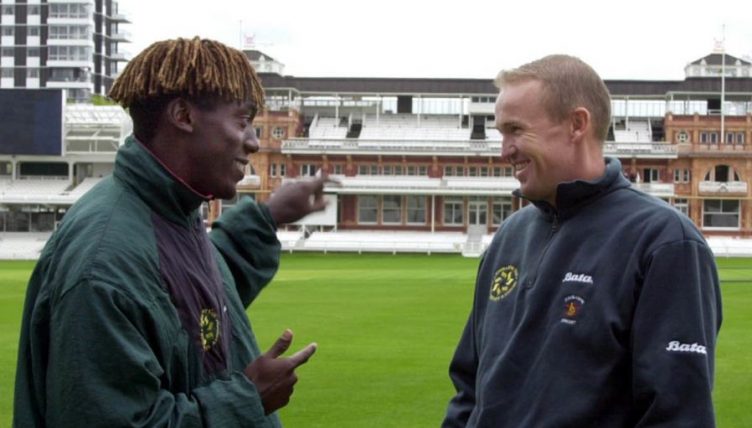 Former Zimbabwe pace bowler Henry Olonga is the Badger’s guest on this week’s Cricket Badger Podcast. James Buttler asks about Henry’s appearance on the Voice Australia before getting into the cricket.

Henry played a combined 80 times for his country before joining forces with Andy Flower to wear black armbands at the 2003 Cricket World Cup to protest against the “death of democracy” in their country. Much has been written about the day itself so James digs down into what came before and after as Henry was forced to feel Zimbabwe and start a new life in England, and now Australia.

Would Henry do it again? Why was he saddened with how his fellow black Zimbabweans reacted to the protest he did on their behalf? An inspirational and truly fascinating chat.

This Podcast is brought to you in association with Cricket365.com.

Thank you very much for listening and supporting the podcast! Contact the show via Twitter on @cricket_badger or email us at cricketbadger@hotmail.com.