A look around Sir Viv’s stadium 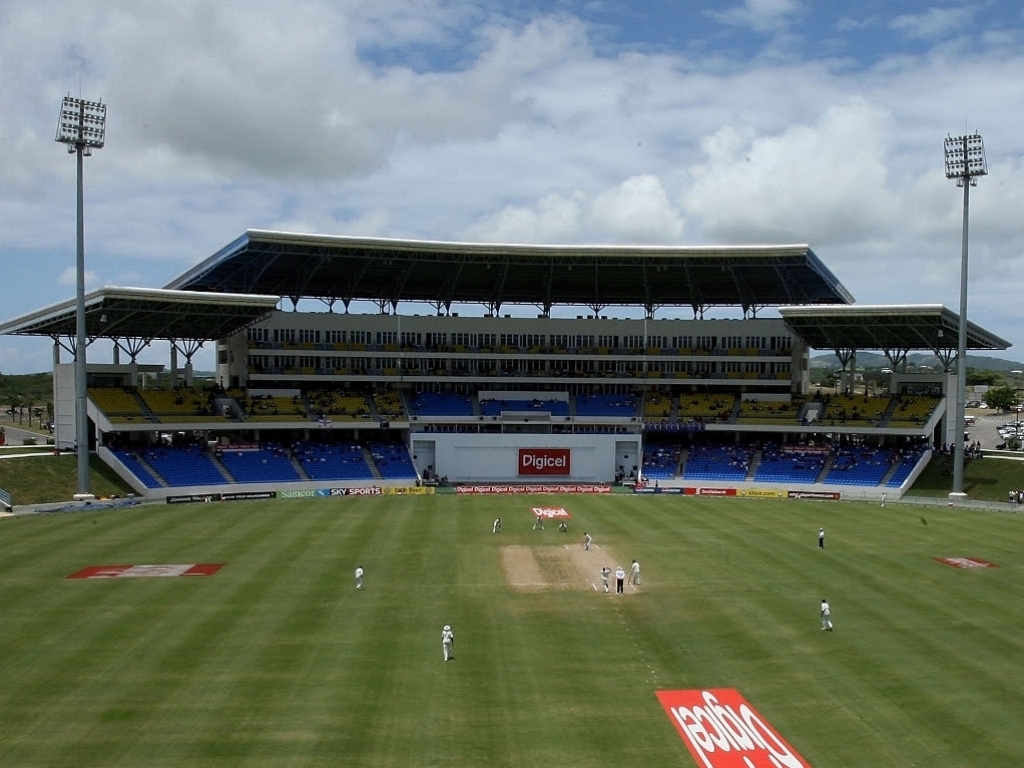 The Sir Vivian Richards Stadium is on North Sound, Antigua, and is half way between the airport and the capital of St Johns. It was build ahead of the 2007 World Cup, amid much protest as it replaced the Antigua Recreation Ground as the premier venue.

There have only been three Tests here, and only one in this decade, as it's a bit out of the way and fans don't tend to travel to it. Access is not very good either, causing traffic problems, while the outfield was problematic for a while.

The most famous, and embarrassing, moment for the ground came in 2009 when England visited. There were only 10 balls bowled before the match was abandoned, as the outfield was essentially a sand dune and made bowling run ups impossible.

The most recent fixture was in 2012, and was the first not-draw at the venue. The West Indies beat New Zealand by nine wickets, with centuries from Chris Gayle and Kieran Powell the driving force.

The Kiwis batted first and made 351, with Sunil Narine taking five wickets for the hosts. A 97 from Martin Guptill was the best score, while a pair of 45s from Daniel Flynn and Ross Taylor ensured a decent score.

The home batting was up to the task though, as Gayle and Powell put on 254 for the first wicket. Their tons were backed up by half centuries from Darren Sammy, Narsingh Deonarine and Assad Fudadin. They made 522.

The Black Caps were then bowled out for 272, Kemar Roach taking five wickets, so the hosts needed just 102 to win. Gayle made a brisk 64 not out as the game ended after tea on day five.

New Zealand captain Ross Taylor: "It was a pretty good wicket, we scored over 600 on it."

West Indies skipper Darren Sammy: "On a hard wicket, we all did our parts. It was very tough for the quicks, I must congratulate Ravi and Roach for their efforts."

West Indies spinner Sunil Narine: ""The wicket was a batting paradise, you just had to go out there and bowl in the right areas over and over and over."

There's not to draw from, to be fair, but Chris Gayle is the top run getter here, with 214 runs in two Tests. He has the highest score, 150, and has struck the most boundaries too.For England, considering they had so little time to bat in 2009, only Alastair Cook features. He made one not out.

Bowling-wise, Sunil Narine and Kemar Roach have the best figures, while Jerome Taylor has also had some success. With such a small pool of stats to draw from, it's all fairly meaningless though.

Day one is set for some cloud cover, but not really for rain, while the rest of the match could see smatterings of thundershowers. Nothing suggests heavy rainfall delays though.

This deck appears to be pretty hard work to bowl on, so the side with the better attack with the ball will need to make sure they strike early, while the batsmen should be able to rack up some good scores if they get settled. Given the form both sides are in, this could either be over in three days, or a late on day five draw.