Home Promo A look at the Bellerive Oval

A look at the Bellerive Oval 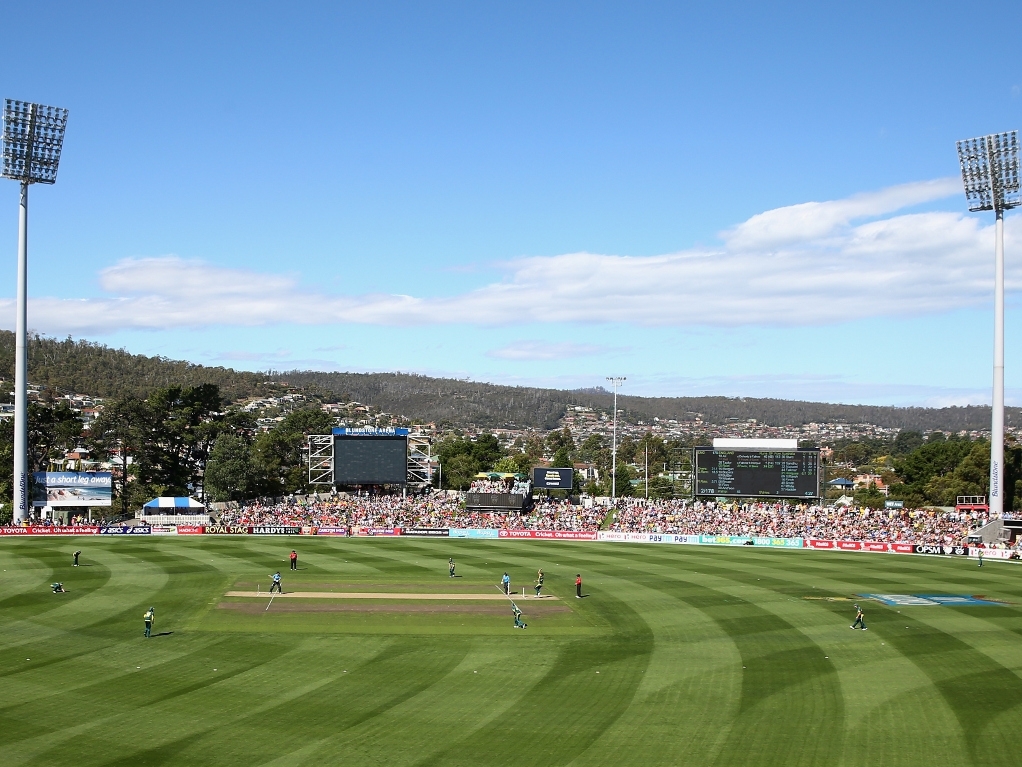 The hosts have only lost here once, which is no great surprise. Not only did the ground's inception happen at a time when Australian cricket was on the rise, but they've generally only played the weaker nations in Hobart as the bigger clashes are reserved for the bigger cities.

The most recent match here was in 2012, when Sri Lanka lost by 137 runs before lunch on day five. Australia win the toss and opted to bat, as is usually the case, as long as you can see off the new ball.

Ed Cowan was the only failure of Australia's first innings, making four, as they racked up 450 for five declared. This was thanks to Mike Hussey's century and an 86 from Phillip Hughes.

Sri Lanka responded by making 336 all out, with Tillakaratne Dilshan making a ton. Peter Siddle bagged a five-fer, leaving the Aussies with a handy lead.

The hosts' second dig was much less impressive as the deck began to turn, and they succumbed to Rangana Herath. He took five as the Aussies were all out for 278, leaving a target of 393.

It was more than enough as Siddle bagged four more wickets and Mitchell Starc took the five-fer. Sri Lanka were all out for 255, as only Kumar Sangakkara managed a half ton.

Kemar Roach on the grassy deck: "Of course, there aren't many wickets in the world like that, so it's good to see that for a change. I'm pretty excited to get a go on Thursday. Yeah I think so [it will still be green on Thursday]. I know Australians play very hard cricket and they believe in what they do, so that's what they give us, and that's what we're going to take."

Sri Lanka coach Graham Ford on the day five surface: "That surface really became a minefield. It was very difficult. Australia got the ball to reverse swing considerably. If you look at probably just about every dismissal, it took a real cracker of a delivery to get the batsman out."

Sri Lanka's Mahela Jayawardene: "It was a challenging wicket. Before the Test started a lot of things were spoken about this wicket and it was suggested teams wouldn't last for three days. We battled it out for five days. The plates were moving towards the latter part of the Test match."

Of the current players in this series, Australia opener David Warner has the best record here. He's played two Tests, scoring 263 runs, including a ton and two fifties.

The Windies last played here in 2005, and of that side only Kemar Roach and Denesh Ramdin remain. Ramdin made a half ton in the second innings, but the Windies still lost.

Bowling-wise, Peter Siddle has a very good record here, and is second only to Shane Warne on the wickets list. He averages 13 with the ball here, while Nathan Lyon has taken five wickets in two matches.

The Windies' best chance of a draw seems to be the weather, as rain is predicted quite strongly for days two and three, while all the others days will have some could cover. This could help the bowlers from both sides, adding a bit of swing, meaning the batsmen could have it all to do.

Temperatures will be cool, never going above 24 and mostly hovering in the high teens.

The grass on the pitch ahead of this Test has both sets of fast bowlers excited, and they will need to take full advantage in the first two days. This deck is normally good for batting, and gets better as the days progress. But good bowling will always be rewarded as reverse swing does come into effect.

This is a result wicket, well it was as of three years ago, and seeing as there have only been two draws here, and only one loss for the Aussies, they'll be confident that their pacemen will do the trick again.