A Stroll around Sharjah CS 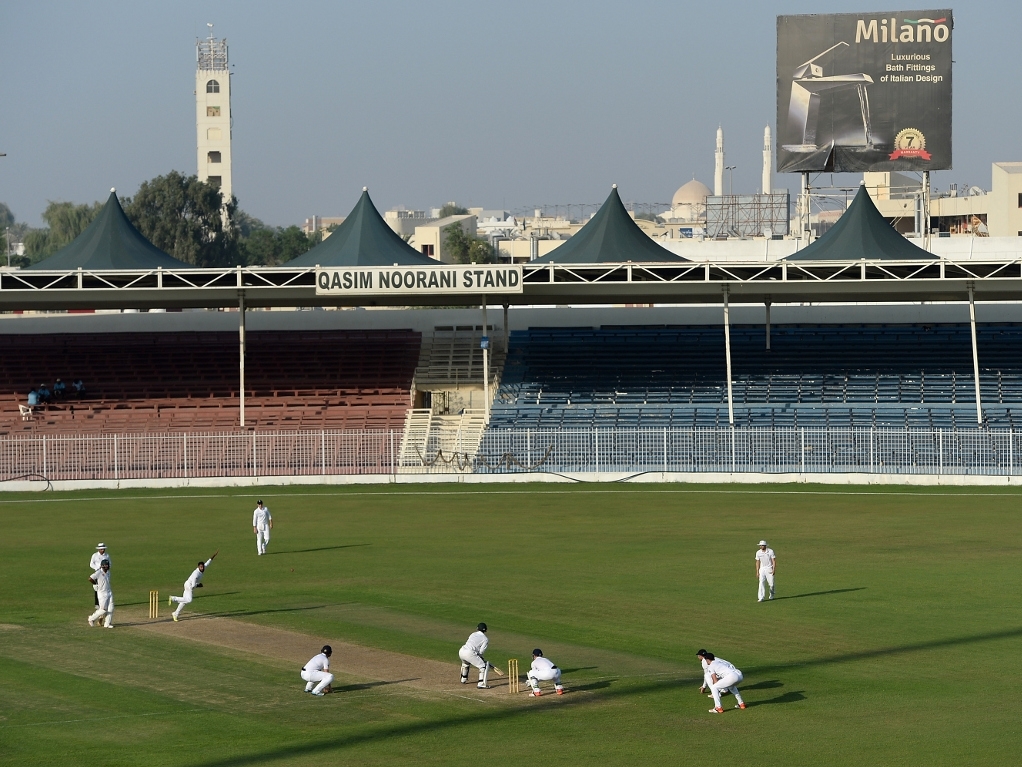 Once the region’s premier cricket ground but lately playing third fiddle to its grander successors in Dubai and Abu Dhabi, the Sharjah Cricket Association Stadium returned to Test cricket, after a nine-year break, in 2011.

The most recent Test here was a year ago, when New Zealand beat Pakistan by an innings and 80 runs inside four days. The second day of the match was lost as it was the day Phillip Hughes died, and the players opted not to take the field.

Pakistan won the toss and opted to bat on this traditionally mixed bag of a ground for them. A score of 197 by Mohammad Hafeez was by far the highlight as no-one else reached a half century. The hosts were all out for 351 on day two, with spinner Mark Craig taking seven wickets.

The Kiwis responded with a whopping 690 all out, with Brendon McCullum scoring a double century at better than a run per ball. Kane Williamson's 192, as well as three other half centuries, ensured a lead of nearly 350.

Pakistan were unable to counter, as the Black Caps' spinners did the trick again, with Craig getting his 10-fer. Trent Boult did his bit for the pace contingent though, taking four, as Pakistan fell to 259 all out, despite Asad Shafiq's ton.

Younis Khan, already in sublime form, is the top run getter here by nearly double of his next rival. He's got over 500 runs in seven Tests, averaging 36.21 with two tons and two half centuries. This will worry England.

Misbah is the next best, with three fifties in 10 innings and an average of 40. Hafeez averages around 60 here now, thanks to that score in the Kiwi Test, but that was only his second outing at the ground.

As for England, they've never played a Test here.

England fast bowler James Anderson: "In these conditions you've got to try and get something out of it as a seamer, you try all sorts of things. We've had the keeper up at different stages, you bowl offcutters and things like that.

"It has been frustrating as well because you need people to go after you on these wickets to get the chances, so that is why we've set certain fields and try to be aggressive with our plans."

Batting first is imperative here, as the deck gets slow and spinny quite soon into the game. Pacemen can get some assistance early on, but you'd not want to be a fast bowler on days four and five. The side with the better spinners, and batsmen who can combat the slow turn, will do best.