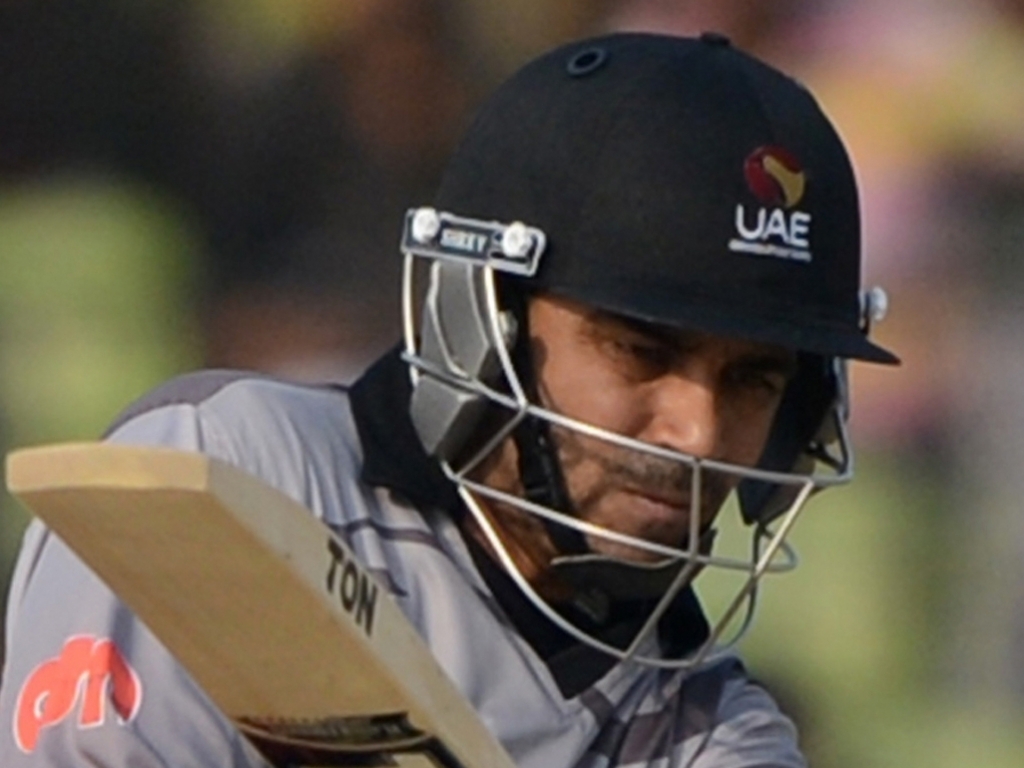 There has been a new landmark set in international cricket. It was in the UAE, but it wasn't in the record laden Test match in Sharjah between Pakistan and New Zealand.

Instead, it was down the road in Dubai where the UAE national team captain became the oldest man to score an international hundred. Khurram Khan, aged 43 but looking half that at least, made 132 not out against Afghanistan. In the next match in the series Khurram managed 85 not out. His ODI average is now well over 50.

Not only does Khurram captain the side and bat in the top order, he also bowls decent left arm spin with an ODI economy rate of under five runs an over and an average in the low thirties. Khurram has become the rarest of international captains, one that leads by example and by performance.

A Pakistani by birth, Khurram came to the UAE in 1996 after finishing his studies at university. He came to the Emirates for work, but he had heard that there were cricket clubs that were looking for players who were a decent standard.

It is a well-worn path that has been a route that cricketers from the Asian sub-continent have taken since the 1970s.

He has been playing cricket in the UAE for 15 years, he has succeeded in ODI, List A and first class cricket. Despite this success on the field, he is not a full time cricketer.

Khurram is still working as a Flight Purser for Emirates Airlines, an employer that he says has been hugely supportive of his cricket playing career, the founding CEO Sir Maurice Flanagan is a big fan of the sport.

Before Khurram scored that record breaking hundred he had stepped off a flight from San Francisco. He says that this is the largest obstacle he and his colleagues face.

Competing at international level while maintaining a full time job is hard work. "I think it's a huge commitment, and [training is] five times a week now," Khurram tells Cricket365.

"I think you don't get even enough time for yourself and the family. I think that's the biggest challenge, to keep fit now as I say within in two, three hours a day, and then carry on the businesses which you have, your daily life."

UAE coach Aaqib Javed, a former Pakistani fast bowler, pushes his team hard. Khurram says after Aaqib took over, "I've never done so much hard work in my life, and I'm doing it at this age!"

There was some resistance to this new regime at first, but it did not take long for the players to see what results it could bring. The UAE qualified for the World Cup that starts in February, they made it to the World T20.

The UAE have secured ODI status and ICC High Performance Programme funding. They have done all of these things without a single full time professional cricketer in their ranks.

If the UAE are going to get to the next level, to actually compete at World Cups, not just qualify for them, professionalism is the next step. Khurram says: "I think the cricket needs to improve in this part of the world, in associate countries, this is one of the basic and first things that needs to happen.

"I think you have to have a contract, you have to have proper professional athletes if you want to play cricket. You can't have some people in international cricket just playing cricket three, four days a week, you know, two hours a day, I think it's not going to be enough."

Despite the lack of funding and the pressures of work and family, neither Khurram or his coach are easing up. Aaqib Javed rewards you when you reach a certain level of fitness by setting you a new target.

"Aaqib is trying to cover every aspect of the game, he's been working very hard from fielding, to fitness, to batting and bowling."

The real challenge comes in Australia and New Zealand next year at the World Cup. With the 2019 event being reduced to 10 teams this could well be the last chance a side like Khurram's can compete on cricket's biggest stage.

Every associate failure is used by those that want to restrict the footprint of the sport to argue that sides like the UAE, that players like Khurram Khan, don't deserve their place at the event.

The pressure is on, it would be a fool that didn't back UAE's captain to thrive under it.