Home Promo Have a gander at the ‘Gabba

Have a gander at the ‘Gabba 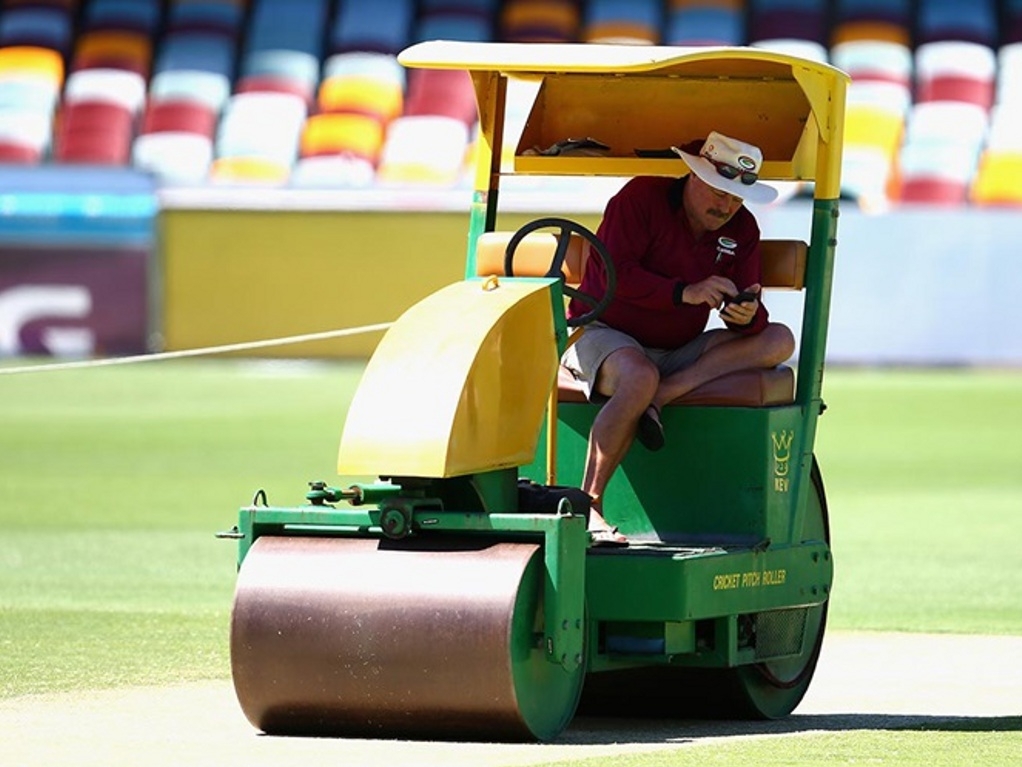 The most recent match here was nearly a year ago, when Australia beat India by four wickets late on day four. India won the toss and opted to bat, as is usually the case here, and recorded a decent 408 all out.

A century from Murali Vijay and 81 from Ajinkya Rahane was the key to that tally, while Josh Hazlewood recorded a five-fer and Nathan Lyon bagged three wickets as the deck started to turn early.

The hosts replied with 505 all out, with Steve Smith recording a ton and the tail wagging hard. Mitchells Johnson and Starc both bagged half tons, leaving India's bowlers frustrated after a mini collapse.

India then suffered a calamity of their own, all out for 224. Pacemen Johnson, Starc, and Hazlewood were all in the wickets as the deck continued to assist, and reverse swing coming into play.

As a result, the hosts only needed 128 to win, and while they nearly messed it up by losing six wickets, Chris Rogers' half century made sure they go home inside 24 overs and with a day to spare.

Curator Kevin Mitchell: "There will be healthy bounce and that's what we're striving for; as much bounce and pace as we can get out of it.

"There will certainly be some life in it early and then I think it will just continue. There will be something there for the bowlers with the new ball for the rest of the match.

"Those really hot days last year buggered up the bowlers but the wicket was fairly typical. This will be very similar to that one."

Given the relative inexperience of the current Aussie side, it's no surprise than none have a special track record here. Of the current team, David Warner is the best of the batsmen, though he averages under 38 in four Tests here.

None of the New Zealand batsmen feature on the list, which is not surprising given the drubbing they received the last time they played here, in 2011. None of their bowlers did particularly well either.

The home bowlers are led by Mitchell Johnson and Nathan Lyon here, as both average 23. Johnson has 30 wickets in six Tests, including two five-fers, while Lyon has bagged 20 scalps in four games.

Interestingly, unlike last year, this Test could see some rain to combat the heat. Each day has a 50 to 70 percent chance of rain, with cloud cover forecast for each day. What this will do for the bowlers is up in the air, but could likely see more swing for the pacemen, and less deterioration of the deck.

The 'Gabba is a fortress for Australia, as they have not lost here since 1988 when they faced those fearsome West Indians. The deck is suited to pace, so we can expect a strong pace attack, with Josh Hazlewood brought in for his tall bounce.

Batsmen must not be disheartened though, because while bowling gets a bit harder as the days progress, batting stays relatively the same. If you get settled, and don't play silly shots, a ton could be on the cards.

It's unlikely the spinners will bag a dozen wickets here, as the pitch does not tend to break up appreciably, though with the temperatures high, a crack or two could come into play.