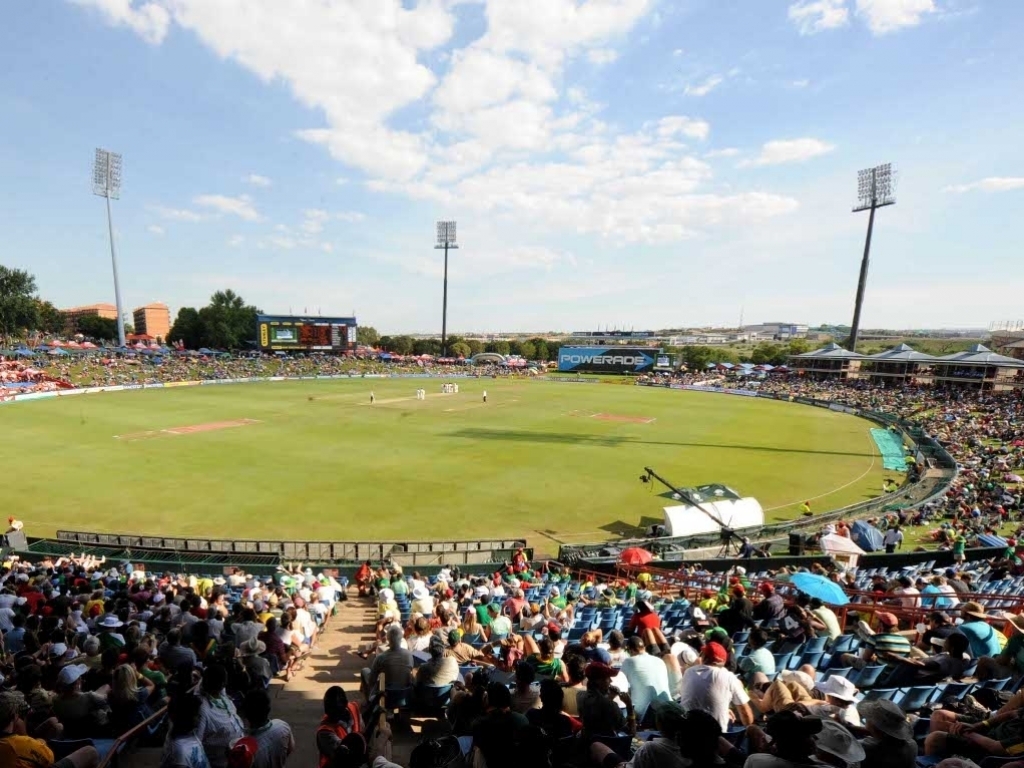 Within easy access of both Pretoria and Johannesburg, SuperSport Park is the home of the Titans franchise in South Africa’s domestic competitions

The major attraction for spectators visiting the 22,000-capacity venue is the grass embankments which provide for a friendly, family atmosphere.

The venue, formerly known as Centurion Park, is renowned for its fast-paced track and the small, carpet-like outfield makes for brisk run-scoring. While traditionally known as a seamer-friendly wicket, the pitch has provided assistance to spin bowling in recent times.

Situated on South Africa’s highveld, SuperSport Park is a stronghold for the Proteas, with the home side having lost just twice in 21 Tests.

The ground has played host to a number of notable tournaments, including the 2003 World Cup, the Champions Trophy final in 2009 as well as key Champions League T20 fixtures.

The outfield was regrassed ahead of the 2016 Test against New Zealand.

The most recent Test at the ground was in January this year, where the Proteas beat England by 280 runs despite going on to lose the series. England lost five wickets on the morning of day five.

The Proteas won the toss and opted to bat, and went on to score 475 all out. They bagged three centuries, as Stephen Cook (on debut), Hashim Amla and Quinton de Kock all tonned up. Ben Stokes took four wickets with pace.

England then made 342 all out as Kagiso Rabada bagged a whopping seven wickets. Joe Root and Alastair Cook both made scores of 76, but they fell well shore of parity.

The Proteas then added 248 for five, with Amla making 96, leaving England with a target of 382. Rabada again made light work of their order, bagging six more wickets, as England were all out for 101.

Kagiso Rabada after the above win: "It was a bit up and down, so the key was to hit the deck and bowl in a good area and you'll get your rewards."

New Zealand paceman Trent Boult on hearing the deck is slower than normal: "I don't know if low and slow is music to my ears, being a fast bowler."

Centurion groundsman Rudolph du Preez: "The biggest difference preparing a Test pitch at this time of year is the amount of lead time that you have to allow for the surface to actually dry out.

"Normally during the height of the summer months, you take maybe 10 days to prepare a good Test pitch, but during this time of year it could take a good 20 days because you could always add more moisture should you need it, but you can never take it out.

"And because of the much milder temperatures that we have at this time of year, it takes a lot longer to dry."

Hashim Amla and AB de Villiers are the only batsmen aside from Jacques Kallis who have more than 1000 Test runs here, and only Amla is available this week. He averages 88 here, with five tons and five fifties in 10 Tests.

AB and Amla are also the only current SA batsmen to play more than three Tests here, though Quinton de Kock has never been dismissed here in a Test, while Stephen Cook made a ton in the first innings he played.

Bowling-wise, Kagiso Rabada obviously loves the venue after his 13 wickets last time out,

The Black Caps last played here in 2007, and of that side only Ross Taylor remains. He made scores of 17 and eight then, so will be keen to improve his record.

Gauteng in winter is not the place for rain, and this will be the case again. No rain is forecast, which will help avoid a disaster like we had in Durban. though mid-20s temperatures won't dry the deck out as much as it would in summer. There also won't be any clouds to help with swing.

It's tough to predict how the pitch will play this time, as a winter Test is a rarity here. But given it'll be quite hot, and rain-free, it should be fairly consistent, though slower than the pacemen would like.

The ground is a fortress for the Proteas, though they have made a habit lately of defying every good stat they have. But nearly half the Proteas team plays on the Highveld, it seems, so batting is likely to be a strong point.